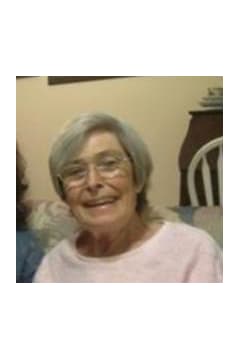 Mrs. Mary Edna Harrell Cornett, age 69, of Villa Rica passed away Wednesday, September 26, 2012. She was born June 15, 1943 in Dodge County, Georgia, the daughter of the late Mr. Irby G. Harrell and the late Mrs. Fannie Mae Evans Harrell. She worked for the Georgia Department of Natural Resources at Sweetwater State Park before retiring. She was a faithful member of New Georgia Baptist Church. Mrs. Cornett was a loving wife, mother and grandmother who was adored by all who knew her. In addition to her parents she was preceded in death by her husband, Jay E. Cornett; sister, Juanelle Parkerson and brother, Jack Harrell. She is survived by her daughters and sons-in-law, Traci and Harry Montague of Dallas, Jennifer and Tim Childers of Villa Rica; sister, Lynette Johnson of Eastman; four grandchildren, Samantha Montague, Kyleigh Montague, Abby Cornett, and Harrison Montague. Several nieces and nephews also survive. The family will receive friends at Jones-Wynn Funeral Home in Villa Rica, Friday, September 28, 2012 from 5:00 PM until 8:00 PM. Funeral Services will be conducted Saturday, September 29, 2012 at 1:00PM at New Georgia Baptist Church with Pastor Jim Burdette officiating. In lieu of flowers the family asks that contributions be made to Harrisonâs Heroes at www.Harrisonsheroes.com or c/o: Traci Montague, 467 Bent Leaf Drive, Dallas, Georgia 30132. Messages of condolence may be sent to the family at www.jones-wynn.com. Jones-Wynn Funeral Home, Inc., Cremation Services and Memorial Gardens of Villa Rica is in charge of arrangements. 770-459-3694