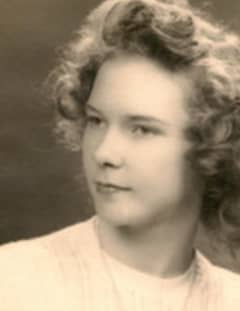 Martha Thurmond, an American Patriot, passed away peacefully with her family at her bedside Tuesday, April 29, 2014. She was born August 21, 1931 in Atlanta, the daughter of the late Mr. Eugene Gilbert Brooks and the late Mrs. Hazel Collier Puckett Brooks. She was a homemaker and devoted to her family. She was a life member of the American Legion Auxiliary, VFW, and volunteered at the Veterans Administration. Hobbies included playing bingo and watching Jeopardy. She was of the Presbyterian Faith. In addition to her parents, she was preceded in death by her husband, Johnny B. Thurmond; and son, Richard Thurmond. She is survived by three daughters, Kelly Bush and Mary Thurmond both of Douglasville, and Beverly Walling of Marietta; two sons and a daughter-in-law, John and Jane Thurmond of Conyers and Pat Thurmond of Douglasville; eleven grandchildren, Jennifer, Jason, Cindy, April, Melinda, Chris, Beth, Christy, Nick, Michael, and Garrett; and thirteen great-grandchildren. The family will receive friends at Jones-Wynn Funeral Home in Douglasville, Friday, May 2, 2014 from 2:00 – 4:00 PM and 6:00 – 8:00 PM. Graveside Services will be conducted Saturday, May 3, 2014 at 2:00 PM at Sherwood Memorial Park, 6841 Tara Blvd., Jonesboro, GA 30236. Following the service, a fellowship and celebration of life, dutch dinner will be held at Loganâs Roadhouse, 9380 The Landing Drive, Douglasville, GA 30135. In remembrance, contributions may be made to the VFW Auxiliary National Home for Children, 3573 S. Waverly Road, Eaton Rapids, MI 48827; the Douglasville ALA 145 (American Legion Auxiliary) to be used for benevolent purposes, 6449 Bankhead Highway, Douglasville, GA 30134; or by supporting your local veterans organization. Please note âIn Memory of Martha Thurmondâ on subject line. Messages of condolence to the family may be sent at www.jones-wynn.com. Jones-Wynn Funeral Home & Crematory of Douglasville is in charge of arrangements. 770-942-2311

Honor the life of Martha Thurmond

Please share a condolence, photo or memory of Martha. We welcome all condolences that are positive and uplifting that will help family and friends heal.