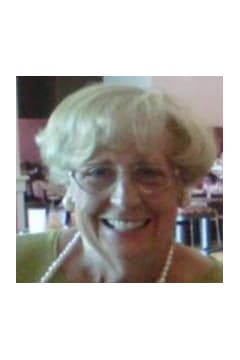 Mrs. Martha Avans Hurst, 67 of Monticello Drive, Fairfield Plantation, Villa Rica, Georgia, passed away, Wednesday, July 27, 2011 following an extended illness. She was born August 13, 1943 in Anniston, Alabama. She was a graduate of Wellborn High School where she was Co-Captain of the Cheerleaders, she also attended Jacksonville State University. She was a retired Real Estate Agent with Northside Realty. While living in the Cobb County area she was a member of the Bennett Woods Garden Club in Smyrna and the Marietta Junior League. After moving to Fairfield Plantation in 1997 she was a founding member of the Fairfield Garden Club, and a member of the Fairfield Womenâs Cub. She was also an active member of the Fairfield Lakers Social Club. She was very active in her community and enjoyed her many Fairfield Friends. She was preceded in death by her mother, Hilda Josephine Burgess Hodges. Survivors include her husband of 46 years, George Hurst of Villa Rica, Sons and daughters-in-law, Chip and Tamara Hurst of Villa Rica, and Steve and Lara Hurst of Marietta, 3 grandchildren, Drew Hurst, Lila Hurst both of Marietta and Austin Hurst of Villa Rica. Graveside Services will be conducted Thursday, August 4, 2011 at 11:00 AM at West Georgia Memorial Park on Highway 61 in Carrollton. The family will receive friends immediately following at the Fairfield Plantation Country Club – 7500 Monticello Drive, Villa Rica, GA.In lieu of flowers contributions may be made to the American Cancer Society, 250 Williams Street NW, Atlanta, GA 30303. Messages of condolence may be sent to the family at www.joneswynn.com Jones-Wynn Funeral Home, Inc., Cremation Services, and Memorial Gardens of Villa Rica in charge of arrangements.

Honor the life of Martha Hurst

Please share a condolence, photo or memory of Martha. We welcome all condolences that are positive and uplifting that will help family and friends heal.