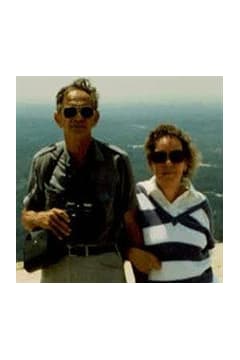 Mrs. Marjorie Marie Anderson Harmon, 82, of Douglasville, Georgia passed away Thursday, January 15, 2015 at her residence, following an extended illness. She was born February 9, 1932 in Columbus, Ohio, the daughter of the late Mr. Nolan Sidney Anderson and the late Mrs. Ada Jane Settles Anderson. She was a homemaker and a member of the First Baptist Church of Douglasville. She was devoted to her family. In addition to her parents, she was preceded in death by husband, Robert Gerald Harmon on August 16, 2010. She is survived by daughters, Sue Harmon of Douglasville and Bonna Eigner of Stuart, FL; sons and a daughter-in-law, Larry and Cherie Harmon of Lawrenceville and Curtis Harmon of South Carolina; grandchildren, Jason, Candace, Chelsea, Jennifer, Sandy, Alan and Tammy; 7 great-grandchildren, Amanda, Chandler, Bianca, Dominic, Alex, Aiden, and Austin; several nieces and nephews. The family will receive friends at Jones-Wynn Funeral Home in Douglasville, Sunday, January 18, 2015 from 1:00 PM until 2:00 PM. Funeral Services will be conducted Sunday, January 18, 2015 at 2:00 PM at the Chapel of Jones-Wynn Funeral Home in Douglasville with Dr. John Pennington, and Mr. Bill Shipp officiating. Musical selections will be provided by Melissa Murray. Entombment will follow at Rosehaven Cemetery. Messages of condolence to the family may be sent at www.jones-wynn.com. Jones-Wynn Funeral Home & Crematory of Douglasville is in charge of arrangements. 770-942-2311

Honor the life of Marjorie Harmon

Please share a condolence, photo or memory of Marjorie. We welcome all condolences that are positive and uplifting that will help family and friends heal.