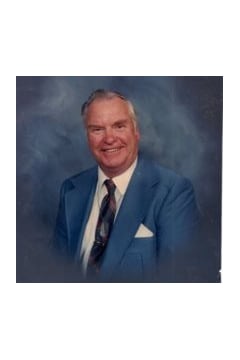 Mr. Marion Hamilton Queen, age 85, of Douglasville, Georgia passed away Tuesday, February 25, 2014 at Wellstar Kennestone Hospital. He was born February 18, 1929 in the McWhorter Community of Douglas County, Georgia, the son of the late Mr. Oscar Calvin Queen and the late Mrs. Pearl Annie McCuller Queen. He married Sarah Frances Gilstrap on April 23, 1949 in Dallas, Georgia. He served in the United States Army National Guard and worked for Austell Box Board for 42 years, retiring as a truck driver. He enjoyed gardening and was a âMr. Fix Itâ who could fix anything. He was a devoted husband, father, grandfather, and great-grandfather. In addition to his parents, he was preceded in death by a son, Marion Lamar Queen, and all 14 of his brothers and sisters. He is survived by his wife of 64 years, Sarah Frances Gilstrap Queen of Douglasville; two daughters and a son-in-law, Janice and Ed Smith of Lithia Springs, and Rebecca Haney of Douglasville; eight grandchildren, Dana Pettigrew, Traci Irby, Kevin Haney, Kymberly Haney, Tina Steffens, Shannon Queen, Kayla Queen, and Maria Smith Hartsel; nine great-grandchildren; several nieces and nephews. The family will receive friends at Jones-Wynn Funeral Home of Douglasville, Thursday, February 27, 2014 from 5:00 PM until 9:00 PM. Funeral Services will be conducted Friday, February 28, 2014 at 11:00 AM at the Chapel of Jones-Wynn Funeral Home in Douglasville. Interment will follow at Sunrise Memorial Gardens. Messages of condolences to the family may be sent at www.jones-wynn.com. Jones-Wynn Funeral Home & Crematory of Douglasville is in charge of arrangements. 770-942-2311

Honor the life of Marion Queen

Please share a condolence, photo or memory of Marion. We welcome all condolences that are positive and uplifting that will help family and friends heal.