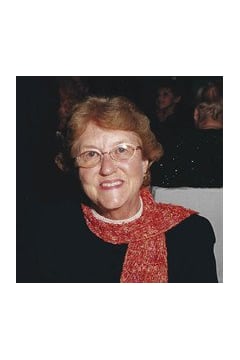 Mrs. Marian Madge Hugus Rickard, 86, of Carrollton, Georgia passed away Friday, June 30, 2017. She was born October 17, 1930 in Elkton, Oregon the daughter of the late Mr. Wilbur B. Hugus and the late Mrs. Kathleen Haines Adams. She retired as a Travel Agent and was a world traveler. She was of the Methodist Faith. She served as a missionary in Africa for five years. She sewed cartoon character pillows for Carroll County CASA. While residing at The Oaks in Carrollton, she enjoyed reading to those with impaired sight. She was a loving and devoted wife, mother, grandmother, sister and aunt. In addition to her parents, she was preceded in death by her husband, David Trenholm Rickard; and sister, Elsie Ingram. She is survived by a daughter and son-in-law, Mary Kay âMimiâ Rickard and her husband, Michael Fricke of Milledgeville; a son and daughter-in-law, David Lyn âBudâ Rickard and his wife, Ann Goehe of Dawsonville; three sisters and a brother-in-law, Dolores Schauer of Pico Rivera, CA, Gay Hugus of Tigard, OR, and Shirley and Ken Condit of Phoenix, OR; two beloved grandchildren, Alex Fricke and Carson Fricke; two step-grandchildren, John Boyea and Emma Boyea; several nieces and nephews. The family will receive friends at Jones-Wynn Funeral Home in Villa Rica, Saturday, July 29, 2017 from 2:00 PM until 3:00 PM. Memorial Services will be conducted Saturday, July 29, 2017 at 3:00 PM at the Chapel of Jones-Wynn Funeral Home in Villa Rica. Messages of condolence to the family may be sent at www.jones-wynn.com. Jones-Wynn Funeral Home & Crematory of Douglasville is in charge of arrangements. 770-459-3694

Honor the life of Marian Rickard

Please share a condolence, photo or memory of Marian. We welcome all condolences that are positive and uplifting that will help family and friends heal.