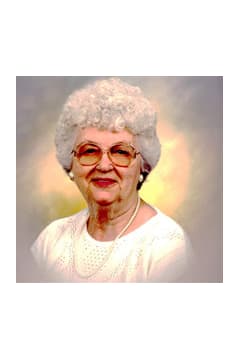 Mrs. Margaretta C. McKenzie, age 92, of Douglasville, Georgia, formerly of Plymouth, Ohio, passed away Sunday, February 21, 2016. She was born April 3, 1923 in New Haven, Ohio, the daughter of the late Mr. Charles S. Robinson and the late Mrs. Lottie Baker Robinson. She retired from Wilken Air Depot as a IBM Supervisor. She was of the Baptist Faith. She was a member of the Eastern Star in Shelby, Ohio. She worked tirelessly in her community, serving and volunteering in the Plymouth schools, Little League, Boy Scouts and she was a Foster Mother for over 30 years. In addition to her parents, she was preceded in death by her husband, Perry Earl McKenzie, Sr; sister, Elvinia Wier; and brother, Harry Robinson. She is survived by three sons and daughters-in-law, Perry Earl McKenzie II and Pamela McKenzie of Douglasville, GA, Martin and Laura McKenzie of Plymouth, OH, and Michael Glenn and Amy McKenzie of Columbus, OH; a daughter and son-in-law, Patricia Ann âPattyâ and Mark Clark of Greenrich, OH; twelve grandchildren; two great-grandchildren; several nieces and nephews. Funeral Services will be conducted later at Secor Funeral Home in Plymouth, Ohio with interment at Plymouth Green Lawn Cemetery. In lieu of flowers, memorial contributions in memory of Mrs. Margaretta C. McKenzie may be made to the Boy Scouts or Little League association of your choice. Messages of condolence to the family may be sent at www.jones-wynn.com. Jones-Wynn Funeral Home and Crematory of Douglasville is in charge of arrangements. 770-942-2311

Honor the life of Margaretta McKenzie

Please share a condolence, photo or memory of Margaretta. We welcome all condolences that are positive and uplifting that will help family and friends heal.