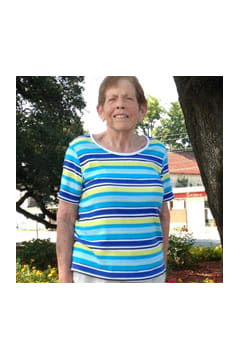 Margaret Elaine Taylor WaldropMrs. Elaine Waldrop of Winston, Georgia passed away April 23, 2014 after a lengthy battle with cancer. Mrs. Waldrop was born Christmas Day, 1940 in Clarkesville, Georgia. She was the daughter of Gilliard B. and Myrtle Nicholson Taylor and was raised on her familyâs farm located in the mountain town of Hollywood, Georgia. After graduating the Crawford W. Long School of Nursing in Atlanta in 1961, she moved to the town of Villa Rica where she began her career as a Registered Nurse at the Villa Rica Hospital. She was also a nurse at the old Douglasville Hospital and the Plant Nurse for the Sewell Manufacturing Company in Bremen. Mrs. Waldrop was a devoted wife and loving mother to five children who she helped raise on the Waldrop Family Farm in Winston. She was the very heart of the Waldrop home and the legacy she leaves is that of Love. She was a Loving mother, Faithful wife and Trusted Friend to countless. She was the embodiment of a true caregiver who selflessly put others needs before her own. She is survived by her husband of 49 years, retired State Trooper and Douglas County Sheriff Tommy E. Waldrop of Winston along with her five children, Tommy Waldrop Jr. and his wife Mary of Canon, Ga; LeAnne Rigsby and her husband Ken of Newnan; Freddy Waldrop and his wife Michele; Allen and Lindsay Waldrop of Winston. She is also survived by 9 grandchildren: Taylor and Logan Waldrop; John, Rebecca, Matthew, Hannah, and Noah Rigsby; Carrie Hutchins and Bret Waldrop. The Family will receive friends at the Jones-Wynn Funeral Home in Douglasville, GA on Friday April 25th from 3pm-9pm. A funeral motorcade which will be led by the Georgia State Patrol and Douglas County Sheriffâs Office will leave Saturday April 26th at 3pm from the Jones-Wynn Funeral Home in route to the Graveside Service to be held at Ebenezer United Methodist Church, 4000 Hollywood Hwy. Clarkesville GA, 30523, where Mrs. Waldrop will be laid to rest beside her parents whom she loved so very much. Those wishing to travel in the procession are asked to meet at 2:30pm at the Jones Wynn Funeral Home. The Graveside Service will be held at 5:30pm. The Georgia State Patrol and The Douglas County Sheriffâs Office will serve as honorary pallbearers. Her son, Chaplain Allen Waldrop of the Georgia State Patrol, Governor Roy E. Barnes, Reverend Daniel Z. Houston and Reverend Neil Williams will all take part in Mrs. Waldropâs Graveside Service. In lieu of flowers, Mrs. Waldrop requested donations be made to your favorite animal rescue organization. Messages of condolence to the family may be sent at www.jones-wynn.com. Jones-Wynn Funeral Home & Crematory of Douglasville is in charge of arrangements. 770-942-2311

Please share a condolence, photo or memory of Margaret Elaine. We welcome all condolences that are positive and uplifting that will help family and friends heal.