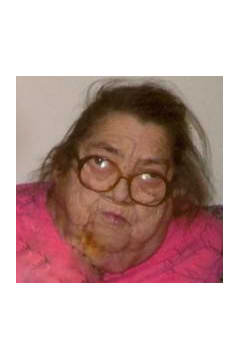 Mrs. Marcella Williams Gaines, age 74, of Villa Rica, passed away Tuesday, December 27, 2011 at Wellstar Douglas Hospital in Douglasville. She was born September 29, 1937 in Dallas, Georgia, the daughter of the late Mr. Lennie A. McBrayer and the late Mrs. Jessie M. Griffith McBrayer. In addition to her parents she was preceded in death by her husband, Roseman Alfred Gaines. She is survived by her son and daughter-in-law, Alfred and Shelly Gaines, Jr. of Villa Rica, J.T. Williams; two grandchildren, Timothy Manning of Rome, John Parrish of Lawrenceville; one great-grandchild, Zachery Manning of Rome. The family will receive friends Friday, December 30, 2011 from 1:00 PM until 2:00 PM at Jones-Wynn Funeral Home in Villa Rica. Funeral Services will be conducted Friday, December 30, 2011 at 2:00 PM from the chapel of Jones-Wynn Funeral Home in Villa Rica. Interment will follow in Mt. Zion Cemetery. Messages of condolences may be sent to the family from www.jones-wynn.com. Jones-Wynn Funeral Home, Inc., Cremation Services and Memorial Gardens of Villa Rica in charge of arrangements. 770-459-3694

Honor the life of Marcella Gaines

Please share a condolence, photo or memory of Marcella Gaines. We welcome all condolences that are positive and uplifting.