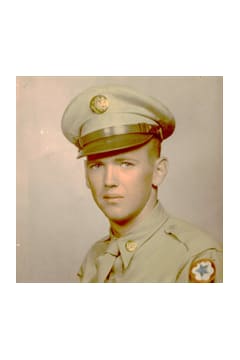 Malcolm Rudolph GuiceMr. Malcolm Rudolph Guice, age 85, of Villa Rica, passed away, Saturday, August 12, 2017. He was born February 19, 1932 in Cedartown, the son of the late Mr. Lewis B. Guice, Sr. and the late Mrs. Eddie Gallamore Guice. Mr. Guice worked for Ford Motor Company for several years as an electrician, later working as a self-employed electrician.In addition to his parents, he was preceded in death by his brothers, Ellis Guice and Lewis B. Guice, Jr. He is survived by his daughters and sons-in-law, Melissa Hood of Carrollton, Teresa and Dennis Young of Temple, Pam and Robert Bruno of Villa Rica, Rhonda and Charlie Smith of Villa Rica; sons and daughter-in-law, Phil Guice of Carrollton, Derek and Emily Guice of Villa Rica; sister and brother-in-law, Annelle and Milton Duffey of Cedartown; brother, James Guice of Cedartown; seven grandchildren; thirteen great-grandchildren; several nieces and nephews also survive. The family will receive friends at Jones-Wynn Funeral Home, Monday, August 14, 2017 from 4:00 PM until 8:00 PM. Funeral Services will be conducted Tuesday, August 15, 2017 at 3:00 PM from the Chapel of Jones-Wynn Funeral Home with Rev. Chris Reynolds officiating. Interment will follow at Meadowbrook Memory Gardens. In lieu of flowers the family asks that contribution be made to the charity of your choice. Messages of condolence may be sent to the family at www.jones-wynn.com. Jones-Wynn Funeral Home, Inc. and Cremation Services of Villa Rica in charge of arrangements.

Honor the life of Malcolm Guice

Please share a condolence, photo or memory of Malcolm. We welcome all condolences that are positive and uplifting that will help family and friends heal.