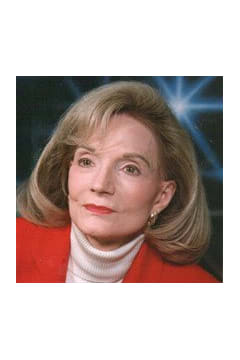 On Sunday, the 26th of April, 2015, Maebel Miller Wilson passed at the age of 86 after a lengthy battle with Alzheimers. Maebel was born on the 19th of December, 1928, the daughter of Hamon Miller and Lois Matthews Miller in Paulding County, Georgia. At the end of World War II, she moved from the family farm in Paulding County to Atlanta after graduating from Dallas High School. She soon met Travis Wilson in Atlanta, and they were married at First Baptist of Atlanta in 1947. Maebel spent most of her career as the vice-president of Townsend Properties, working with Kil Townsend in managing four Howard Johnson’s Motor Lodges, the Tech Motel at Georgia Tech, and the Corsair Motel at Jekyll Island. In 1974, she became the first woman to become president of the Atlanta Hotel-Motel Association. She enjoyed her hobbies of gardening and competitive ballroom dancing, was active at First Baptist Church of Atlanta and later at Second-Ponce de Leon Baptist Church, loved her family, and was a strong Christian. Her son Mark, daughter-in-law Marie, grandson Travis, and granddaughter Rachael were with her when she left. She opened her eyes for a short time, looked at them with gentle eyes, tried to speak, and was gone a few minutes later. We grieve her passing but are blessed that we were able to have been by her side as she passed, blessed that she is no longer suffering, and blessed that she is now with The Lord Jesus. She was a caring, loving, and gentle lady. It was our honor and pleasure to have known her as a wonderful and loving mother, grandmother, daughter, sister, aunt, and friend. We will forever love you and miss you!She is survived by her son, Mark Wilson of Smyrna; daughter-in-law, Marie J. Wilson of Alpharetta; two grandchildren, Travis Lindley Wilson and Rachael Marie Wilson both of Alpharetta; four brothers and sisters-in-law, Max and Judy Miller of McDonough, Frank and Emma Miller of Roswell, Steve and Lynn Miller of Rockmart, and Ray and Alice Miller of McDonough; several nieces and nephews also survive. The family will receive friends at Jones-Wynn Funeral Home in Villa Rica, Thursday, April 30, 2015 from 11:00 AM until 1:00 PM. Funeral Services will be conducted Thursday, April 30, 2015 at 1:00 PM at the Chapel of Jones-Wynn Funeral Home in Villa Rica with Rev. Don Rackley officiating. Interment will follow at Concord Cemetery. Maebel would be honored if you would consider donations for: Clarke Kennedy, In memory of Maebel Wilson, The Zinzendorf Mission, PO Box 329, Boone NC 28607. Among other missions, the Zinzendorf Mission is working to feed, clothe, educate, and share God’s Word with one-hundred children in India and three-hundred orphaned children in Rwanda who are in the most dire need of support and love.Messages of condolence to the family may be sent at www.jones-wynn.com. Jones-Wynn Funeral Home and Cremation Services of Villa Rica is in charge of arrangements. 770-459-3694