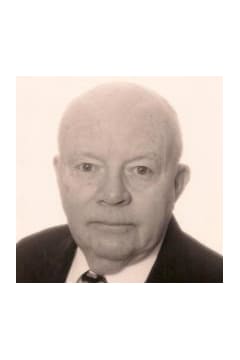 T. Mack Lively was born September 30, 1936 in Tallapoosa, Georgia to Ralph Aford and Carrie V. Lively. He lived a life full of love for God and his family. Mack served proudly in the U. S. Army for two years. During his tenure as a Georgia State Patrol Trooper he met and married the love of his life, Shelby Pool Lively in 1964. Born to this union were April (David Wright), Kelly (Bill Dyar), and Amy LeRae. His wife and daughters were proud of him as he sought higher education, becoming a graduate of both New Orleans Baptist Theological Seminary and Mercer University. Mack is fondly remembered by many who grew up in the Beulah Community as the smiling face behind the counter at Livelyâs Shoppette. Because he believed that one honest man could make a difference, Mack served as a Douglas County Commissioner from 1974 to 1978. While Mack enjoyed all his various employments, he took most pleasure and joy from introducing anyone and everyone he met to Jesus Christ. He served as pastor of Chapel Hill Road Baptist Church from 1992 until his retirement in 2005. In the early morning hours of June 25, 2012 Mack went to be with his Lord and Savior. He is survived by his wife and three daughters. He is also survived by his grandchildren Joshua Samuel Dyar, Jackson Alexander Wright, Hannah Elisabeth Dyar, Rebekah Grace Dyar, and Timothy Stephen Dyar. He is also survived by two sisters, Dolores (Herbert) Newman and Reita Mendum and three brothers, E.D. (Labera) Lively, Alton (Shelby) Lively, and Jack (Margaret) Lively, many nieces and nephews, and all those who became a brother or sister in Christ as a result of Mackâs witness and testimony. The family will receive visitors at Jones-Wynn Funeral Home on Midway Road in Douglasville from 11 am to 2 pm and 4 pm to 8 pm on Wednesday, June 27, 2012. The funeral will be held at 2 pm on Thursday June 28, 2012 in the Jones-Wynn Chapel. Interment will follow at County Line Baptist Church cemetery. The family will accept flowers, or in lieu of flowers you can make a contribution to the Chapel Hill Road Baptist Church Building Fund. Messages of condolence to the family may be sent at www.jones-wynn.com. Jones-Wynn Funeral Home, Inc., Cremation Service and Memorial Gardens of Douglasville in charge of arrangements. 770-942-2311

Honor the life of Mack Lively

Please share a condolence, photo or memory of Mack. We welcome all condolences that are positive and uplifting that will help family and friends heal.