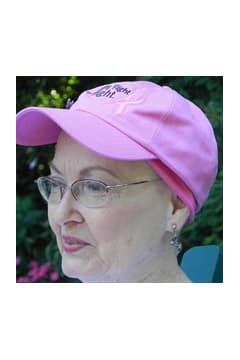 Mrs. Linda Kay âLynnâ Ferguson Farkas, 73, of Douglasville, Georgia passed away Monday, November 28, 2016 at her residence. She was born November 23, 1943 in Joplin, Missouri the daughter of the late Mr. J. Neile Ferguson and the late Mrs. Miriam McClain Ferguson. She married Loet Farkas on July 2, 1966 in Tucson, Arizona. She was the President of Advantage Gripware, Inc. An avid gardener, Lynn was a devoted wife, mother, and grandmother. She was of the Catholic Faith. She is survived by her husband of 50 years, Loet Farkas of Douglasville; daughter, Michelle Farkas of Douglasville; son and daughter-in-law, Stefan and Allison Farkas of Seattle, WA; sisters and a brother-in-law, Marcia Goeke of Excelsior Springs, MO and Lisa and Bob Raymond of Phoenix, AZ; brother and sister-in-law, Scott and Anita Ferguson of Tucson, AZ; two grandsons, Christopher and Nathan; several nieces and nephews. She is also survived by her sister-in-law and brother-in-law, Paula and William Selzer. According to the familyâs wishes, she was cremated. The family plans to celebrate her life privately. Messages of condolence to the family may be sent at www.jones-wynn.com. Jones-Wynn Funeral Home & Crematory of Douglasville is in charge of arrangements. 770-942-2311

Honor the life of Lynn Farkas

Please share a condolence, photo or memory of Lynn. We welcome all condolences that are positive and uplifting that will help family and friends heal.