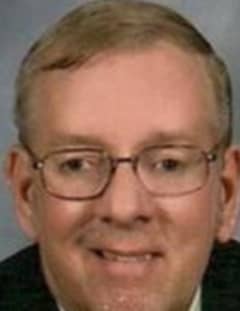 Leon Davis Mr. Luther Leon Davis, 54, of Mableton, GA passed away, Wednesday, April 11, 2012 at Tranquility Hospice following an extended illness. He was born May 18, 1957 in Atlanta, GA, the son of Mrs. Mary Ruth Hudson Davis and the late Leon Jackson Davis. He was a graduate of South Cobb High School. He was a longtime devoted Christian and servant of God, he was a member of the Ebenezer Baptist Church in Mableton, where he used his love for music by singing in the church choir. He was also a volunteer at Wellstar Cobb Hospital for 6 years. Survivors include his mother, Mary Ruth Hudson Davis of Mableton, sisters and brothers in law, Teresa and Robert Pearson of Whitesburg, Janet and Lonnie Hatfield of Lithia Springs, Trisha Robider and Greg Gilbert of Powder Springs and Barbara and Scott Bates of Hiram, seven nieces, four nephews, nine great nieces and seven great nephews also survive. The family will receive friends at Jones-Wynn Funeral Home in Douglasville, Thursday, April 12, 2012 from 6:00 PM until 9:00 PM and Friday, April 13, 2012 from 10:00 AM until 12:00 Noon and from 4:00 PM until 9:00 PM. Funeral services will be conducted Saturday, April 14, 2012 at 11:00 AM from the Chapel of Jones-Wynn Funeral Home with Brother Billy Lord and Brother Dennis Reece officiating. The following gentlemen will serve as pallbearers: Terry Arrington, Dewayne Pearson, Scotty Bates, Robert Kittles, Lonnie Hatfield and Brandon Pearson. Interment will follow in the Holly Hill Memorial Park in Fairburn. Messages of condolences may be sent to the family at www.jones-wynn.com. Jones-Wynn Funeral Home, Inc., Cremation Services and Memorial Gardens of Douglasville in charge of arrangements.

Honor the life of Luther Davis

Please share a condolence, photo or memory of Luther. We welcome all condolences that are positive and uplifting that will help family and friends heal.