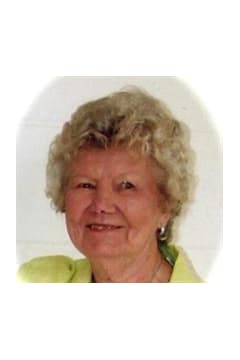 Lucile Hilton Redding, 97 of Winston, passed away on Sunday, December 14, 2014. She was born in Haralson County, Georgia on July 13, 1917 to Earnest and Lillie Hilton. She was married to former sheriff Otis âMonkâ Redding and had two children, Burnell and Linda. Mrs. Redding, know to her family as âGranny Red,â owned and operated the Rock Inn Café in Winston, GA, a restaurant which the family maintained from 1946 to 2006. Following the death of her husband in 1963, Mrs. Redding was appointed Sheriff of Douglas County, and later won the special election, becoming Georgiaâs first female sheriff. After serving the remainder of her elected term, she returned to operating her family business and enjoying time with her beloved family. She married Mr. Starling Redding in 1977. Granny Red was immensely dedicated to her family and her church, First Baptist Church of Villa Rica. She was the mother of two, grandmother of six, great grandmother of ten, and great-great-grandmother of two, all of whom, along with their families, gathered together with her in her home often for Sunday dinners. She united the family in a way for which all members will be eternally grateful. Even at the age of 97, she still insisted on hosting last monthâs Thanksgiving dinner. She was preceded in death by her parents Earnest and Lillie Hilton, her husband, Otis âMonkâ Redding, husband, Starling Redding, son-in-law, Charles Hamrick and her grandson, Stacey Taylor. She is survived by her daughter, Linda Hamrick of Winston, son and daughter-in-law, Burnell and Betty Redding of Villa Rica, grandchildren, Ernest and Cheryl Varney, Mike and Janie Redding, Keith and Carol Wilde, Tim and Terry Taylor, Stephanie Taylor and Kip Taylor; great grandchildren, Adam and Jessica Varney, Laura Varney, Jason Wilde, Ty Redding, , John Redding, Allen and Jenn Taylor, Lindsy Taylor, Zachery Taylor, Austin Taylor and Gracie Taylor; great-great grandchildren, Owen Ray Varney and Charlotte Taylor. The family would like to extend their gratitude to the Heaven Sent organization, which provided in-home for Granny, allowing her to remain in her home. The family will receive friends at Jones-Wynn Funeral Home in Villa Rica, Tuesday, December 16, 2014 from 5:00 PM until 8:00 PM. Funeral Services will be conducted, Wednesday, December 17, 2014 at 2:00 PM from the First Baptist Church of Villa Rica with Dr. Kevin Williams and Dr. Billy Godwin officiating. Musical Selections will be provided by His Mark. Interment will follow in the Douglasville Cemetery. The family request that in Lieu of flowers contributions be made to First Baptist Church of Villa Rica or the Christian Baptist Ministry at the First Baptist Church, 1483 Highway 78 West, Villa Rica, Georgia 30180 Messages of condolences may be sent to the family at www.jones-wynn.com. Jones-Wynn Funeral Home and Cremation Service of Villa Rica is in charge of arrangements. 770-459-3694