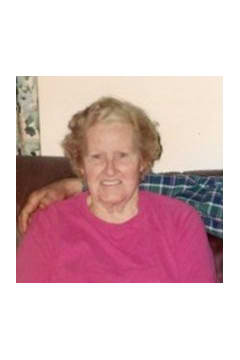 Mrs. Lovella Ruth Bearden Anthony, age 86, of Douglasville, Georgia passed away Tuesday, February 12, 2013. She was born June 3, 1926 in Austell, Georgia the daughter of the late Mr. Aaron A. Bearden and the late Mrs. Cora A. Bivins Bearden. She married Lee Anthony on April 15, 1947 in Dallas, Georgia. She was a homemaker and a member of Living Waters Presbyterian Church. In addition to her parents, she was preceded in death by her husband, Lee Anthony on November 24, 2007; sisters, Naomi Riddle, Lois Mosley, and Clois Sturgeon; and brothers, Jerry W. Bearden and James W. Bearden. She is survived by two sisters, Margie Branham of Murphy, North Carolina and Mary Ann Eubanks of Lawrenceville, Georgia; Nephew, Benny and Becky Anthony of Union City, Georgia and several other nieces, nephews, grand nieces and grand nephews also survive. The family will receive friends at Jones-Wynn Funeral Home, Douglas Chapel, Thursday, February 14, 2013 from 6:00 PM until 8:00 PM. Funeral Services will be conducted Friday, February 15, 2013 at 11:00 AM from the Chapel of Jones-Wynn Funeral Home in Douglasville with Pastor Randy Shirley officiating. Interment will follow in the Garden of Gethsemane at Meadowbrook Memory Gardens in Villa Rica. Messages of condolences may be sent to the family at www.jones-wynn.com. Jones-Wynn Funeral Home and Crematory, Inc. of Douglasville is in charge of arrangements. 770-942-2311

Honor the life of Lovella Anthony

Please share a condolence, photo or memory of Lovella. We welcome all condolences that are positive and uplifting that will help family and friends heal.