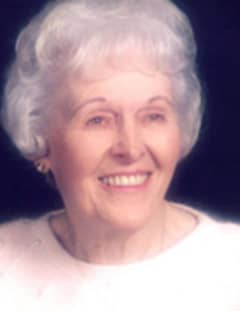 Mrs. Louise Cagle Ivey, 99, of Hapeville, Georgia passed away Monday, December 8, 2014 at the Benton House in Douglasville. She was born June 17, 1915 in Atlanta, Georgia, the daughter of the late Mr. John William Cagle and the late Mrs. Lula Mae McNabb Cagle. She worked for Ruralist Press in the Quality Control offices. Louise was an avid reader, a homemaker, a member of the Syncopators Club and president of the Hobnobbers at the Benton House. She was extremely proud of her children, grandchildren, and great-grandchildren, devoted in daily prayer on their behalf. Louise was a faithful steward of all that she was given and a member of Mt. Zion United Methodist Church. In addition to her parents, she was preceded in death by her husband, Hilbun Pool Ivey; son, Larry Hilbun Ivey; sister, Dorothy Newton; and brothers, Robert Cagle, Ralph Cagle, and Ray Cagle. She is survived by one daughter, Sandy Stanger of Lithia Springs; sister, Thelma McMillan of Fayetteville; grandchildren, Brett Stanger and Ryan Stanger; great-grandchildren, Jack, Josie, Sunny, Ivey, John, and Wen; several nieces and nephews. The family will receive friends at Jones-Wynn Funeral Home in Douglasville Wednesday, December 10, 2014 from 6:00 PM until 8:00 PM. Funeral Services will be conducted Thursday, December 11, 2014 at 2:00 PM at the Chapel of Jones-Wynn Funeral Home in Douglasville with Dr. Robert L. Whitmire officiating. Interment will follow at Westview Cemetery in Atlanta. Messages of condolence to the family may be sent at www.jones-wynn.com. Jones-Wynn Funeral Home & Crematory of Douglasville is in charge of arrangements. 770-942-2311

Honor the life of Louise Ivey

Please share a condolence, photo or memory of Louise. We welcome all condolences that are positive and uplifting that will help family and friends heal.