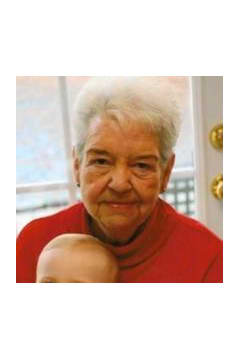 Mrs. Lorene Long Cooke, age 76, of Carrollton, passed away Friday, January 6, 2012. She was born June 16, 1935 in Carroll County, the daughter of the late Mr. Gaines Long and the late Mrs. Emma Merrell Long. She was a homemaker who loved to cook, shop, listen to sacred harp music and watch her favorite sport teams, The Falcons and The Braves on T.V. In addition to her parents she was preceded in death by her husband, James âAlanâ Cooke; sisters, Bobbie Lee Taylor, Frances Long and Winfred Long McAvoy. She is survived by her daughter and son-in-law, Kimberly and Paul Scheffel of Woodstock; son and daughter-in-law, Gregory and Patty Cooke of Carrollton; sister and brother-in-law, Martha and Harold Otwell of Carrollton; brother and sister-in-law, Johnny and Marie Long of Springville, Al; four grandchildren, Janis Resendiz, Alice Cooke, Collin Scheffel , and Alan Cooke. Several nieces and nephews also survive. The family will receive friends Saturday, January 7, 2012 from 4:00 PM until 7:00 PM at Jones-Wynn Funeral Home in Villa Rica. Funeral Service will be conducted, Sunday, January 8, 2012 at 2:00 PM from the chapel of Jones-Wynn Funeral Home in Villa Rica. Interment will follow at Carroll Memorial Gardens in Carrollton. Messages of condolences may be sent to the family from www.jones-wynn.com. Jones-Wynn Funeral Home, Inc., Cremation Services, and Memorial Gardens of Villa Rica in charge of arrangements. 770-459-3694.

Honor the life of Lorene Cooke

Please share a condolence, photo or memory of Lorene. We welcome all condolences that are positive and uplifting that will help family and friends heal.