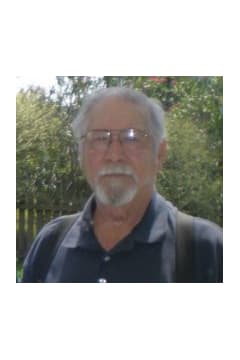 Mr. Loal Theo Teal, age 87 of Douglasville, GA passed away, Saturday, April 20, 2013 at his residence. He was born October 15, 1926 in Fulton County, GA the son of the late Theo Teal and the late Mrs. Ellie Montgomery Teal. He was retired from the US Marine Corps and the US Army, where he worked in Intelligence serving during, World War II in the Pacific Theater, Korean Conflict, and Vietnam Conflict. After his retirement he volunteered at Cobb Hospital and Douglas Hospital. He owned and operated 2 Irish Pubs in Underground Atlanta. He was of the Baptist Faith and a Mason. In addition to his parents he was preceded in death by his first wife, Marilyn Jeanele Anglin Teal, second wife, Elizabeth Estes Parker Teal, sisters, Grace Griggs and Agnes Davis and Brothers, Wayne Teal, Melvin Teal, John Teal, Robert Teal and James Teal. Survivors include his wife, Wanda Duty Teal of Douglasville, daughters and son-in-law, Susan Hendrix of Jonesboro, Lea Williams of Covington and Nancy and Stuart Morris of Locust Grove, son and daughter-in-law, Brad and Terri Teal of St Johns, FL, and stepson and daughter-in-law, and Michael and Ginger Parker of Rockmart, grandchildren, Todd and Angela Hendrix of Henderson, NV, Eric Hendrix of McDonough, Jacob and Erin Williams of Miami, FL, Casey and Kevin Thompson of Oxford, Shaun and Kathy Morris of McDonough, Samantha and Chris Kingsley of Locust Grove, Conor Teal of St Johns, FL, Chris Teal of St Johns, FL, Hannah and Lee Morris of Rome and Sarah Parker of Rockmart; twelve great grandchildren; a number of nieces, nephew and cousins also survive and a special Thanks to great niece Anne Gillis of Lithia Springs. Memorial Services will be conducted Saturday, April 27, 2013 at 11:00 AM from the Chapel of Jones-Wynn Funeral Home and Crematory. Inurnment will follow in the Westview Cemetery in Atlanta. Messages of condolences may be sent to the family at www.joneswynn.com. Jones-Wynn Funeral Home and Crematory of Douglasville, in charge of arrangements, 770-942-2311.