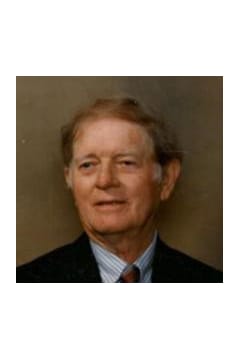 Mr. Lloyd E. Gilbert, age 84, of Villa Rica, Georgia, formerly of Smyrna, Georgia, passed away Tuesday, October 25, 2011. He was born March 23, 1927 in Clay County, Alabama the son of the late Mr. Green Lee Gilbert and the late Mrs. Carrie Mann Gilbert. He served in the U.S. Army in Germany during World War II. He married Mavis Iona Bailey on October 11, 1947 in LaGrange, Georgia. He retired from Lockheed-Martin as an Experimental Engineer following 36 years of service. Mr. Gilbert was devoted to the Lord and was a devout family man. He was a resident of Smyrna for over 40 years and drove the church bus for Smyrna First Baptist Church. He was a member of the Civitans Club and Kiwanis Club. After relocating to Villa Rica, Georgia, he became a member of the First Baptist Church of Villa Rica where he attended the Unity Sunday School Class. He was an avid outdoorsman who enjoyed horses, camping, deer hunting and gardening. He was an avid University of Georgia football fan. He was outgoing, fun loving man who loved people and he enjoyed attending many family reunions over the years. He is survived by his wife of 64 years, Mavis Iona Bailey Gilbert of Villa Rica; daughters and son-in-law, Deborah Ann Gilbert of Athens, GA and Pamela and Steve Stokes of Macon, GA; son and daughter-in-law, Gary W. and Gabriele Gilbert of Gollsboro, NC; his seven grandchildren, Steven Stokes, Jr. and his wife, Tina, Daniel Paul Stokes, Suzanna Stokes, Timothy Lloyd Stokes, Olivia Lee Swisher, Patrick Gilbert and Justin Gilbert; one great-granddaughter, Madyson Bailey Joyce Stokes; several nieces and nephews also survive. The family will receive friends in the Villa Room of the First Baptist Church of Villa Rica Thursday, October 27, 2011 from 12:30 PM until 2:00 PM. Funeral Services will be conducted Thursday, October 27, 2011 at 2:30 PM from the First Baptist Church of Villa Rica with Rev. Jeff Powell officiating. Musical selections will be provided by His Mark, accompanied by Wayne Gilreath. Interment will be conducted Friday, October 28, 2011 at 12:00 Noon at Georgia National Cemetery in Canton with military honors. The following will serve as pallbearers: Eddie Branch, Marty Gilbert, Stephen Stokes, Daniel Stokes, Timothy Lloyd Stokes, and Tyson Duke. Messages of condolence to the family may be sent to www.jones-wynn.com. Jones-Wynn Funeral Home, Inc., Cremation Services and Memorial Gardens of Villa Rica in charge of arrangements. 770-459-3694

Honor the life of Lloyd Gilbert

Please share a condolence, photo or memory of Lloyd. We welcome all condolences that are positive and uplifting that will help family and friends heal.