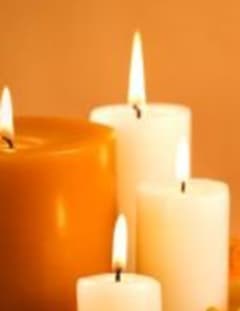 Lisa Annette Keller Roberts Mrs. Lisa Annette Keller Roberts, age 46, of Villa Rica passed away September 23, 2011 at Tanner Medical Center in Villa Rica. She was born July 6, 1965 in Montgomery, AL the daughter of the late Mr. Richard Earle Keller and the late Mrs. Edna Annette Reid Keller. She was a self employed photographer. She loved photography and was a member of the Garden Club in Carrollton. In addition to her parents, she was preceded in death by her father-in-law, Parker Roberts. She is survived by her husband, Kevin Dewane Roberts of Villa Rica; daughter, Lacey Annette Keller of Villa Rica; sister and brother-in-law, Laura and Jeff Montgomery of Montgomery, AL; brother and sister-in-law, Steven and Angela Keller of Villa Rica; brother-in-law, Chris and Sherry Roberts of Winston; nieces and nephews, Sarah, Annie, and Matthew Montgomery of Montgomery, AL, Madison Roberts of Winston. Memorial Service will be conducted Sunday, September 25, 2011 at 3:00 PM from the chapel of Jones-Wynn Funeral Home in Villa Rica. The family will receive friends at Jones-Wynn Funeral Home in Villa Rica Sunday, September 25, 2011 from 1:00 PM until 3:00 PM. Messages of condolences may be sent to the family at www.jones-wynn.com. Jones-Wynn Funeral Home, Inc., Cremation Services and Memorial Gardens in Villa Rica in charge of arrangements.

Honor the life of Lisa Roberts

Please share a condolence, photo or memory of Lisa. We welcome all condolences that are positive and uplifting that will help family and friends heal.