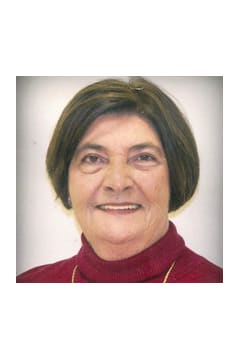 Mrs. Linda Ann Troutt Nixon, 74, of Lithia Springs, Georgia passed away Sunday, October 19, 2014. She was born August 7, 1940 in Westmoreland, Tennessee the daughter of the late Mr. Robie Leon Troutt and the late Mrs. Minnie Cates Troutt. She was a graduating member of Carrollton High School Class of 1958. She retired as a manager from Travelers Insurance after 31 years. She was an avid fan of the Atlanta Braves and Atlanta Falcons. She enjoyed playing board games, especially scrabble and Chinese checkers. She was a member of South Cobb Church of Christ where she was active in the Ladies Bible Class. In addition to her parents, she was preceded in death by her stepmother, Bonnie Slate Troutt and her husband, Guilliam Seaborn Nixon. She is survived by her son, Michael Guilliam Nixon of Lithia Springs; two granddaughters, Sarah Elizabeth Nixon and Madison Jane Nixon both of Douglasville; her siblings and their spouses, Sue and Wayne Paul of Franklin, TN, Judy and Ken Lassetter of Douglasville, Ronnie and Sandra Troutt of Camden, TN, Gary and Donna Troutt of Camden, TN, Teresa Troutt Baker of Camden, TN, Joe and Pat Troutt of Camden, TN; several nieces and nephews. The family will receive friends at Jones-Wynn Funeral Home in Douglasville, Tuesday, October 21, 2014 5:00 PM until 8:00 PM. Funeral Services will be conducted Wednesday, October 22, 2014 at 11:00 AM at the Chapel of Jones-Wynn Funeral Home in Douglasville with Mr. Tommy Tidwell officiating. Interment will follow at Meadowbrook Memory Gardens in Villa Rica. Messages of condolence to the family may be sent at www.jones-wynn.com. Jones-Wynn Funeral Home & Crematory of Douglasville is in charge of arrangements. 770-942-2311

Honor the life of Linda Nixon

Please share a condolence, photo or memory of Linda. We welcome all condolences that are positive and uplifting that will help family and friends heal.