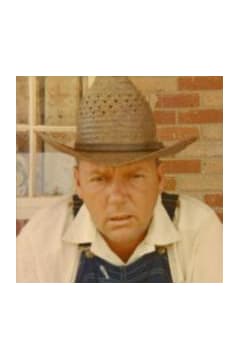 Mr. Lewis âOscarâ Butler, age 76, of Winston passed away Monday, June 11, 2012 at his residence. He was born August 24, 1935 in Alabama the son of the late Mr. Lewis Larkin âDocâ Butler and the late Mrs. Ruth Patterson Butler. He served as Deacon at Union Hill Baptist Church for several years. He had a passion for farming, especially watermelon and cantaloupe. He also sold tires. In addition to his parents, he was preceded in death by his wife, Catherine Turner Butler and his brother, Y.C. âNutseyâ Butler.He is survived by his daughter and son-in-law, Sybil Gwen and Carl Strickland of Villa Rica; sons and daughter-in-law, Randall Lewis Butler of Tennessee, Gregory Trent Butler of Carroll County, Rex Larkin and Trish Butler of Carroll County; sisters and brother-in-law, Sue and Bobby Toler of Carroll County, Margaret âDeboâ Butler of Carolina, Gail Butler of Douglas County; brothers and sisters-in-law, Jerry âSofaâ and Jean Butler of Douglasville, Herman âFuzzyâ and Bugs Butler of Carolina; ten grandchildren; eight great-grandchildren; special friends and neighbors, Steve Odon and Rusty and Christy Odon. Several nieces and nephews also survive. According to Mr. Butlerâs wishes he was cremated. The family will receive friends Thursday, June 14, 2012 from 10:00 AM until 11:00 AM at Jones-Wynn Funeral Home in Douglasville. Memorial Services will be conducted, Thursday, June 14, 2012 at 11:00 AM from the chapel of Jones-Wynn Funeral Home with Rev. Johnny White officiating. Messages of condolences may be sent to the family from www.jones-wynn.com. Jones-Wynn Funeral Home, Inc., Cremation Services and Memorial Gardens of Douglasville in charge of arrangements. 770-942-2311

Honor the life of Lewis Butler

Please share a condolence, photo or memory of Lewis. We welcome all condolences that are positive and uplifting that will help family and friends heal.