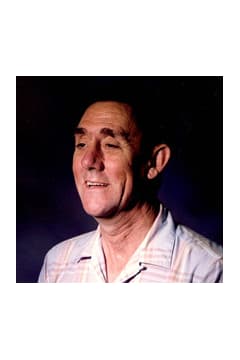 Gene StricklandMr. Leroy Lugene âGeneâ Strickland, 77, of Winston, Georgia passed away Friday, April 8, 2016 at Grady Memorial Hospital in Atlanta. He was born October 6, 1938 in Douglas County, Georgia the son of the late Mr. Asbury Marshall Strickland and the late Mrs. Maude Strickland. He worked in the Upholstery industry for Arthur Swanson and was a member of Liberty Baptist Church in Winston. Mr. Strickland enjoyed tinkering with lawn mowers and chainsaws and he was an avid gardener. He enjoyed going to the Palmetto Action on Saturdays. In addition to his parents, he was preceded in death by his wife, Frances J. Strickland; a son, Kenneth Eugene Strickland; sisters, Velma, Annie, Lucy, and Essie; and brothers, Buford, Hubert, Marvin, Walter and Edward. He is survived by one daughter, Connie Hogan of Douglasville; one son and daughter-in-law, Stanley Strickland and Melanie Waller of Douglasville; stepson, Jack McAdams of Winston; four grandchildren, Matthew Tarwater, Ricky Hogan, Jr., Toni Strickland, and Brandie Strickland Harris; five great-grandchildren; several nieces and nephews. The family will receive friends at Jones-Wynn Funeral Home in Villa Rica, Tuesday, April 12, 2016 from 5:00 PM until 8:00 PM and on Wednesday, April 13, 2016 from 12:00 Noon until the funeral hour. Funeral Services will be conducted Wednesday, April 13, 2016 at 2:00 PM at the Chapel of Jones-Wynn Funeral Home in Villa Rica with Rev. Raymond Cash officiating. Interment will follow at Liberty Cemetery in Winston. Messages of condolence to the family may be sent at www.jones-wynn.com. Jones-Wynn Funeral Home and Cremation Services of Villa Rica is in charge of arrangements. 770-459-3694

Honor the life of Leroy Strickland

Please share a condolence, photo or memory of Leroy. We welcome all condolences that are positive and uplifting that will help family and friends heal.