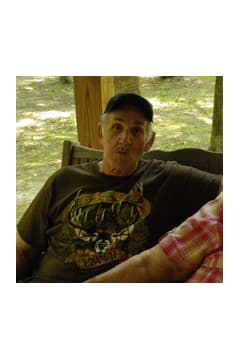 Mr. Leon Turner, Jr., age 76, of Bremen, Georgia passed away Thursday, January 14, 2016. He was born May 29, 1939 in Chamblee, Georgia, the son of the late Mr. Leon Turner, Sr. and the late Mrs. Ida Mae Goodman Turner. He was a veteran of the United States Army. He worked as a foreman and shop steward at Trans America. He was a 32nd degree Master Mason and a member of the Masonic Lodge 399. Mr. Turner was also was a member of the Cobb County Constables. He enjoyed hunting and fishing. He was of the Baptist Faith. In addition to his parents, he was preceded in death by his children, Brenda McDuffie and James Higgins. He is survived by his wife of 44 years, Linda Ann Chambers Turner of Bremen; daughters and a son-in-law, Rosa and Sam Khayat of Fairburn and Linda DeRegnaucourt of Atlanta; sons, Marty Turner of Bremen and Monte Lee Turner of Georgia; ten grandchildren, Brandy Higgins, Justin Morrell, Nicholas Higgins, Ashley Pryor, Sonya Perry, Specialist (Promotable) Logan Rapp, Austin Turner, Gordon Turner, Lee Turner, and Jacob Turner; 10 great-grandchildren; adopted grandchildren, Marissa Burrows and Jadacey Sanvidge. The family will receive friends at Jones-Wynn Funeral Home & Crematory in Douglasville, Saturday, January 16, 2016 from 4:00 PM until 8:00 PM. Funeral Services will be conducted Sunday, January 17, 2016 at 4:00 PM at the Chapel of Jones-Wynn Funeral Home & Crematory of Douglasville with Linda DeRegnaucourt officiating. Messages of condolence to the family may be sent atwww.jones-wynn.com. Jones-Wynn Funeral Home & Crematory of Douglasville is in charge of arrangements. 770-942-2311

Please share a condolence, photo or memory of Leon. We welcome all condolences that are positive and uplifting that will help family and friends heal.