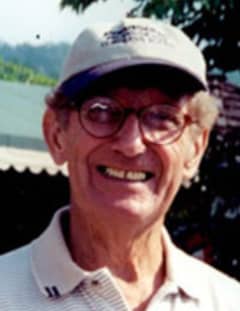 Mr. Lawrence âLarryâ Emerson Toney, Sr., 89, of Douglasville, Georgia passed away Wednesday, December 14, 2016. He was born January 12, 1927 in Detroit, Michigan, the son of the late Mr. George Raymor Toney and the late Mrs. Clara Anna Amstsbuchler Buckley. He was a veteran of the United States Armed Forces. He served in the United States Navy during World War II as a Pharmacistâs Mate 3rd Class on a Hospital Ship in the South Pacific. He served as a Captain in the United States Air Force during the Korean War. He graduated from Wayne State with a Bachelors degree. He retired from Douglas & Lomason as a Plant Manager. Larry was an avid golfer and a member of the Grasshoppers Club. He enjoyed bowling. He was an avid traveler and was very proud of his German heritage. He earned his private pilot license and enjoyed flying. He was a member of Trinity Anglican Church in Douglasville. In addition to his parents, he was preceded in death by his beloved wife, Billye Jack Fargeson Toney, whom he was happily married to for 38 years at her passing; and his brother, Gordy Toney. He is survived by four sons and daughters-in-law, Lawrence Toney, Jr. and his wife, Jo of Douglasville, GA, Gary and Nancy Toney of Germantown, TN, Greg Toney of West Point, MS, and Robert and Laurie Toney of Sand Rock, AL; sister, Virginia Lynch of Douglasville, GA; seven grandchildren; six great-grandchildren; nieces and nephews; two dear friends, Tammy OâKerns and Mike McDaniel. The family will receive friends at Jones-Wynn Funeral Home in Douglasville, Wednesday, December 21, 2016 from 1:00 PM until 1:30 PM. Memorial Services will be conducted Wednesday, December 21, 2016 at 1:30 PM at the Chapel of Jones-Wynn Funeral Home in Douglasville with Father Jim Cheetham officiating. A Graveside Inurnment Service will be conducted in celebration of his birthday, Thursday, January 12, 2017 at 1:00 PM at Georgia National Cemetery in Canton with military honors provided by members of the United States Armed Forces Honor Guard. The urn of his beloved wife, Billye will be laid to rest with Mr. Lawrence Toney at the time of the service. They were Friends, Lovers, Soulmates and now will be âTogether Foreverâ. In lieu of flowers, memorial contributions in his memory may be made to the Arthritis Foundation, National Parkinsonâs Foundations or the American Lung Association. Messages of condolence to the family may be sent at www.jones-wynn.com. Jones-Wynn Funeral Home & Crematory of Douglasville is in charge of arrangements. 770-942-2311

Please share a condolence, photo or memory of Lawrence. We welcome all condolences that are positive and uplifting that will help family and friends heal.