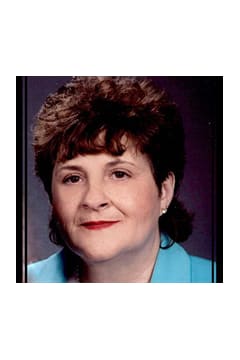 Mrs. Laraine Melton Woody, 69, of Douglasville, Georgia passed away Monday, June 1, 2015. She was born August 22, 1945 in Calhoun, Georgia, the daughter of the late Mr. James Frank Melton and the late Mrs. Clara Mae Miller Melton. She retired from the United Parcel Service as a computer operator. She enjoyed traveling, shopping and spending time with her grandchildren. She was devoted to family, was a loving wife, mother, grandmother, great-grandmother, sister, and aunt. In addition to her parents, she was preceded in death by a daughter, Medina Woody. She is survived by her husband, Bacel Woody, Jr. of Douglasville; daughters and sons-in-law, Twyla and Ricky Holbrook and Marteah and Jerry Townsend all of Douglasville; sisters, Louise New and Rev. Frances George both of Douglasville; brother and sister-in-law, Allen and Diane Melton of Calhoun; five grandchildren, Nashira Holbrook, Destin Holbrook, Dashia Townsend, Jaden Townsend, Blaze Townsend; one great-grandchild, Nolan Reynolds; several nieces and nephews also survive. The family will receive friends at Jones-Wynn Funeral Home in Douglasville, Wednesday, June 3, 2015 from 4:00 PM until 8:00 PM. Funeral Services will be conducted Thursday, June 4, 2015 at 2:00 PM at the Chapel of Jones-Wynn Funeral Home in Douglasville with Rev. Frances George and Mr. Brent Reece officiating. Interment will follow at Rosehaven Memorial Park in Douglasville. Messages of condolence to the family may be sent at www.jones-wynn.com. Jones-Wynn Funeral Home & Crematory of Douglasville is in charge of arrangements. 770-942-2311

Honor the life of Laraine Woody

Please share a condolence, photo or memory of Laraine. We welcome all condolences that are positive and uplifting that will help family and friends heal.