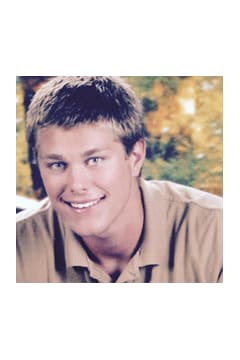 Kyle Liam Barry, 24 of Fairfield Plantation, Villa Rica, GA passed Saturday, March 21, 2015 from injuries in an auto accident. He was born August 14, 1990, in Douglasville, GA the son of the late Mrs. Wilhelmina âWillyâ Schnaudt Barry and Mr. Glenn Michael Barry. He was a 2008 graduate of Carrollton High School where he was an honor student. He was very passionate about sports; he was a member of the Trojan Wrestling Team, and a 3 year letterman on the Trojan Varsity Soccer Team. He won the Outstanding Midfielder Award his junior and senior years. He also received the Captainâs Award as a senior in 2008. He received a soccer scholarship to Reinhardt University. He received his Bachelor of Arts in English from the University of Georgia in 2012. He was preceded in death by his mother, Mrs. Wilhelmina âWillyâ Barry, and Maternal Grandparents, William F. Schnaudt and Margaret âPeggyâ Schnaudt, Paternal Grandfather, Howard Barry. Survivors include his father, Glenn Michael Barry of Villa Rica, brother, Craig Barry of Villa Rica, paternal grandmother, Jeanne Barry of New York, his girlfriend, Lexi Hardmen of Jasper, aunts and uncles, Robin Barry of FL, Jill and Rollie Morin, Drew and Jennifer Barry, Kim Barry all of New York, Keith and Cindy Barry of FL, Jackie and Ken Marshall of Villa Rica, and Brian and Kim Hungerford of Villa Rica. There will be a gathering of family and friends Wednesday, March 25, 2015 from 6-8 PM at Roper Funeral Home and Crematory, 206 Holly Street, Jasper, Georgia. Memorial Mass will be conducted, Thursday, March 26, 2015 at 11:00 AM from the Our Lady of Perpetual Help Catholic Church, 210 Old Center Point Road, Carrollton, Georgia with Father Rafael Carballo officiating. In lieu of flowers contributions may be made to the Wilhelmina Barry Memorial Fund at Certus Bank. Messages of condolences may be sent to the family at www.jones-wynn.com. Jones-Wynn Funeral Home and Cremation Service of Villa Rica is in charge of arrangements.

Honor the life of Kyle Barry

Please share a condolence, photo or memory of Kyle. We welcome all condolences that are positive and uplifting that will help family and friends heal.