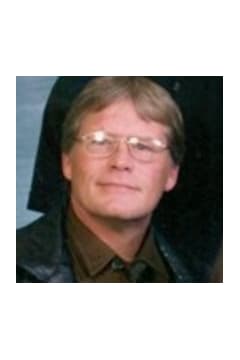 Mr. Kevin Richard âRickâ Roberts, Sr., age 54, of Whitesburg, Georgia passed away Saturday, November 24, 2013. He was born February 22, 1959 in Cranston, Rhode Island the son of the late Mrs. Ruth Jane Rickson Roberts and Mr. Everett Roberts. He worked as a carpenter, painter and general contractor. He was a devoted member of Mt. Zion Baptist Church in Whitesburg. He is survived by his loving wife, Brenda Lee Dawkins Roberts of Whitesburg; two daughters, Jamie Lee Smith and Treasa Reid; two sons, Kevin Richard âRickyâ Roberts, Jr. and Dylan Christopher Roberts; his father, Everett Roberts; twin sister, Karen; sister, Wendy Rockwell; beloved brother, Robert âBobbyâ W. Roberts; and several other siblings, beloved cousins, and numerous nieces and nephews. He is also survived by his church family that he loved dearly. Memorial Services will be conducted Saturday, December 7, 2013 at 2:00 PM at the Mt. Zion Baptist Church in Whitesburg with Pastor Dexter Landers officiating. Inurnment will be in the church cemetery. As he had no life insurance, those that would like to help with family expenses, in lieu of flowers, may send memorial contributions to Mt. Zion Baptist Church, 8414 E. Highway 5, Whitesburg, Georgia 30185, in the name of Rick Roberts and Family. Messages of condolence may be sent to the family at www.jones-wynn.com. Jones-Wynn Funeral Home & Crematory, Inc. of Douglasville is in charge of arrangements. 770-942-2311

Honor the life of Kevin Roberts

Please share a condolence, photo or memory of Kevin. We welcome all condolences that are positive and uplifting that will help family and friends heal.