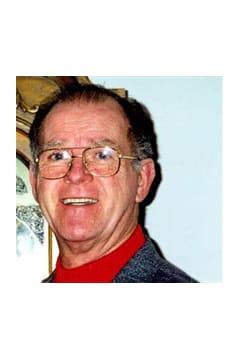 Kevin Anthony Dwyer, Sr., beloved Daddy, Pampie, Brother, Uncle, and Friend, left this world to dwell in his everlasting home, with his Lord and Savior Jesus Christ, on December 12, 2017. Age 83 of Carrollton, he was born October 25, 1934 in Chicago, IL the son of the late James Patrick Dwyer and the late Martyne Ruth Owen Dwyer McMonigle. A wonderful Christian man, his fruit was quite evident in his genuinely caring, and gentlemannerism. A devoted Husband, his wife was his cherished bride for 59 1/2 years. A remarkable Daddy and Pampie, his love for his children and grandchildren knew no bounds.A kind Brother and Uncle, his family was his joy. A supportive Friend, his loyalty was unwavering. A Christmas example of his self-sacrifice took place in the early years of his childrenâs lives. Prior to Christmas, Kevin ordered an extremely large swing set to be given to the children by Santa. The set arrived at the Sears Distribution Center where he worked, and from there he would bring it home in pieces each night. By Christmas Eve all the parts were home, and the dear, dear man put the entire set together during the night in the backyard by flood light. No sooner had he dropped exhausted into bed, when his little children woke him to go with them to the backyard to see if Santa had indeed delivered the coveted gift. Excitedly getting out of bed, he hurried to the back yard and exuberantly pushed his children on the swings and gliders and caught them at the end of the slide. What a man!He was a member of Arbor Heights Bible Church in Douglasville, and previously was a member of the Villa Rica First United Methodist Church He served as a Spec 4th. Class in the United States Army in the 11th Airborne Division. He retired from Sears as the Manager of the Receiving and Distribution Center in Ft. Lauderdale, FL with over 35 years of employment. Many years were also devoted to Junior Achievement. After moving to Carrollton in 1989, he worked with the Post Office in Villa Rica as a substitute rural carrier for a number of years.In addition to his parents, he was preceded in death by his wife, Elaine Mae Kershner Dwyer; infant twins, Deborah Ann Dwyer and Keith Allan Dwyer; brother, Robert William Dwyer; sister and brother-in-law, Martyne Ruth and Rei Jokela. He is survived by his daughter and son-in-law, Kathy and Dave Denhart of Carrollton; son, Kevin Dwyer, Jr. of Carrollton; two grandchildren, Mitchell Denhart and Erika Denhart of Carrollton; sister and brother-in-law, Helen and Jim Allen; brother, Frank McMonigle; brother and sister-in-law, Tom and Betty Dwyer; brother, Jim Dwyer; sister-in-law, Mary Dwyer; life-long friend, Wilbur Reeves; and several nieces and nephews.The family will receive friends at Jones-Wynn Funeral Home on Saturday, January 6, 2017, from 12 noon until 1:00 p.m. A Memorial Service will be conducted on Saturday, January 6, 2017, at 1:00 p.m. from the Chapel of Jones-Wynn Funeral Home with Pastor Randy Smith officiating and the Wall Family providing the musical selection.Flowers graciously accepted or contributions may be made to St. Jude Childrenâs Research Hospital, P.O. Box 1000, Dept. 142, Memphis, TN 38148-0142Messages of condolence may be sent to the family at www.jones-wynn.com. Jones-Wynn Funeral Home, Inc. and Cremation Services of Villa Rica in charge of arrangements 770-459-3694.

Honor the life of Kevin Dwyer

Please share a condolence, photo or memory of Kevin. We welcome all condolences that are positive and uplifting that will help family and friends heal.