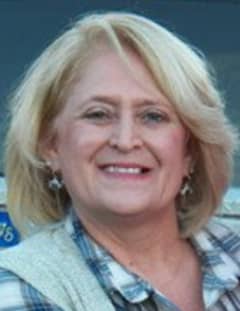 Mrs. Kathy Louise Dodd, 55, of Lithia Springs, Georgia passed away Wednesday, July 2, 2014 at her home. She was born September 2, 1958 in Birmingham, Alabama. She married Greg Dodd on January 31, 1981 in Austell. She was the Vice President of Human Resourses at Americold Logistics, Inc. She was of the Baptist Faith. She was preceded in death by her father, Samuel S. Wilson; grandparents, H. Ratliff, John and Louise Tate and Mr. and Mrs. Paul Wilson. She is survived by her husband of 33 years, Greg Dodd of Lithia Springs; her mother and stepfather, Syble and Allen Weaver; sisters and brothers-in-law, Debra and David Rainwater, Leigh Ann and William Ratliff; nieces and their spouses, Andrea and Eric Cole, Brandy and Josh Duffey, and Nicole Ratliff; nephews and their spouses, Ben and Amanda Rainwater, Jeremy and Elynn Rainwater, Tim and Melinda Allbritton, and Chris Klyman; four great-nieces; five great-nephews; mother-in-law, Barbara A. McCleskey; one stepbrother, two stepsisters, numerous aunts, uncles, cousins and close friends also survive. The family will receive friends at Jones-Wynn Funeral Home in Douglasville, Saturday, July 5, 2014 from 4:00 PM until 8:00 PM. Funeral Services will be conducted Sunday, July 6, 2014 at 2:00 PM at the Chapel of Jones-Wynn Funeral Home in Douglasville with Captain Loren Aderhold and Rev. Eric Cole officiating. Interment will follow at West Georgia Memorial Park in Carrollton. Messages of condolence may be sent to the family at www.jones-wynn.com. Jones-Wynn Funeral Home & Crematory of Douglasville is in charge of arrangements. 770-942-2311

Honor the life of Kathy Dodd

Please share a condolence, photo or memory of Kathy. We welcome all condolences that are positive and uplifting that will help family and friends heal.