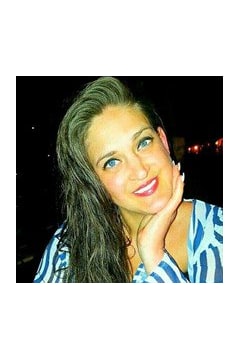 Mrs. Karyn Elizabeth Cheek Crook, 39, of Winston, Georgia passed away Saturday, June 4, 2016 at St. Josephâs Hospital in Atlanta. She was born November 15, 1976 in Carrollton, the daughter of Mrs. Carolyn Ward Cheek and the late Mr. Robert Lamar âCorkyâ Cheek who passed away January 25, 2012. Karyn was a beautiful soul who brought joy, light and happiness to everyone she touched. Those who knew her loved her, and those she loved, she loved completely with a depth and ferocity that is rare in this world. A bright light has flickered out of this world and is now shining joyfully in heaven. She will be missed. In addition to her beloved father, she was preceded in death by her brother, James Kevin Cheek on September 27, 2009. She is survived by her beloved son, Jackson Crook âYou are my Sunshineâ of Douglasville; her mother, Carolyn Ward Cheek of Winston; her beloved fiancé, Mike Howell of Panama City Beach, FL; the father of her son, Chip Crook of Douglasville; sister and brother-in-law, Kelly and Pastor Jerry Faver of Villa Rica; her paternal grandmother, Helen Cheek of Douglasville; aunts and uncles, Travis Cheek of Douglasville, Pat and Johnny Echols of Winston, Pete and Brenda Ward of Winston, John and Sue Ward of Temple, and Phyllis Ward of Winston; nieces and nephews, Collin and Ashley Martin of Winston, Bradley and Laura Barlow of Bremen, and Sarah Faver of Villa Rica; many cousins and extended family also survive. The family will receive friends at Jones-Wynn Funeral Home in Douglasville Monday, June 6, 2016 from 5:00 PM until 8:00 PM. Funeral Services will be conducted Tuesday, June 7, 2016 at 2:00 PM at the Chapel of Jones-Wynn Funeral Home in Douglasville with Pastor Don Johnson and Pastor Jerry Faver officiating. Jackson Crook and Chip Crook will provide eulogies. Musical selections will be provided by Tim Johnson and Sarah Faver with Sarah Wehunt as the accompanist. In lieu of flowers, the family has asked that contributions in memory of Karyn be made to St. Judeâs Childrenâs Research Hospital, 501 St Jude Place, Memphis, TN 38105. Messages of condolence to the family may be sent at www.jones-wynn.com. Jones-Wynn Funeral Home & Crematory of Douglasville is in charge of arrangements. 770-942-2311

Please share a condolence, photo or memory of Karyn. We welcome all condolences that are positive and uplifting that will help family and friends heal.