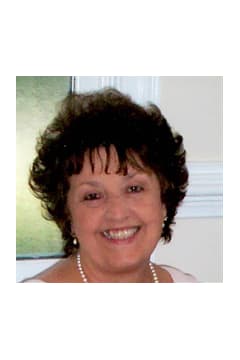 Mrs. Karen Doris Whitehead Couch, 69, of Douglasville, Georgia passed away Saturday, September 26, 2015. She was born November 8, 1945 in Atlanta, Georgia the daughter of the late Mr. Joe H. Whitehead, Sr. and Mrs. Doris Price Whitehead. She worked as the Office Manager at Service Plastics Southeast. She was a member of New Genesis Baptist Church where she enjoyed singing in the church choir. She was a member of the Douglas County Foster Parents Program. In addition to her father, she was preceded in death by her husband of 35 years, Virgil Ray Couch; and brother, Joe H. Whitehead, Jr. She is survived by two sons and a daughter-in-law, Tim R. and Judy Couch of Douglasville and David Couch of Anniston, AL; her mother, Doris Price Whitehead; brother and sister-in-law, Dan and Janet Whitehead of Jacksonville, FL; two grandchildren, Joey Couch and Joshua Couch; dear friend for over 50 years, Donna Hamilton; several nieces and nephews. The family will receive friends at Jones-Wynn Funeral Home in Douglasville, Tuesday, September 29, 2015 from 6:00 PM until 9:00 PM. Funeral Services will be conducted Wednesday, September 30, 2015 at 2:00 PM at the Chapel of Jones-Wynn Funeral Home in Douglasville with Rev. R.C. Watson and Rev. Lloyd Latham officiating. Interment will follow at Sunrise Memorial Gardens. Messages of condolence to the family may be sent at www.jones-wynn.com. Jones-Wynn Funeral Home & Crematory of Dougalsville is in charge of arrangements. 770-942-2311

Honor the life of Karen Couch

Please share a condolence, photo or memory of Karen. We welcome all condolences that are positive and uplifting that will help family and friends heal.