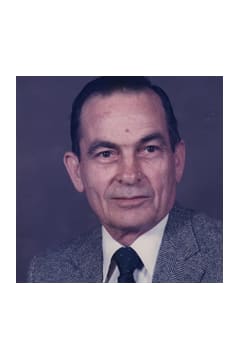 J.C. UnderwoodMr. Julius Clarkston âJ.C.â Underwood, 94, of Douglasville, Georgia passed away Monday, March 23, 2015 at Wellstar Cobb Hospital. He was born December 5, 1920 in Vidalia, Georgia, the son of the late Mr. James Frank Underwood and the late Mrs. Luella Gertrude Hilton Underwood. He enlisted in the United States Navy on January 19, 1942 and served on supply ships crossing the North Atlantic in World War II, and was honorably discharged on September 15, 1945. In January of 1946 he was employed by the DeKalb News Era and worked there for five years. On May 6, 1951 he was hired by the Atlanta Journal and Constitution newspapers and where he worked for 33 years, attaining the position of head printer until his retirement on May 1, 1984. He was a longtime member of the Douglasville Masonic Lodge #289 F&AM. He was a member of the American Legion Post 145. In addition to his parents, he was preceded in death by first wife, Sara Jo Reagin Underwood; second wife, Mildred Morris Underwood; sister, Mae Underwood; and brothers, James Underwood, Richard Underwood, and Robert Underwood. He is survived by two sons and daughter-in-law, James Underwood and Daniel and Ginny Underwood all of Douglasville; daughter-in-law, Cindy Underwood; three grandchildren, Jonathan Underwood, Lauren Underwood Everette, and Traci Cronan; five great-grandchildren; brother-in-law, Gene Reagin; several nieces and nephews also survive. The family will receive friends at Jones-Wynn Funeral Home in Douglasville, Wednesday, March 25, 2015 from 5:00 PM until 7:00 PM. Funeral Services will be conducted Thursday, March 26, 2015 at 2:00 PM at the Chapel of Jones-Wynn Funeral Home in Douglasville with Rev. Paul Blair officiating. Interment will follow at Westview Cemetery in Atlanta with Masonic Rites. Military Honors will be provided by the United States Navy Honor Guard. Messages of condolence to the family may be sent at www.jones-wynn.com. Jones-Wynn Funeral Home & Crematory of Douglasville is in charge of arrangements. 770-942-2311

Honor the life of Julius Underwood

Please share a condolence, photo or memory of Julius. We welcome all condolences that are positive and uplifting that will help family and friends heal.