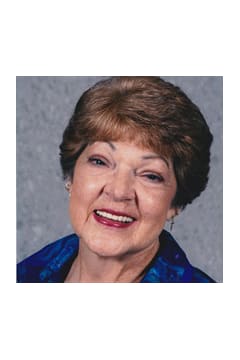 Ms. Julia Harris Rose, 65, of Lithia Springs, Georgia passed away Sunday, March 29, 2015. She was born October 25, 1949 in Carrollton, Georgia, the daughter of the late Mr. Jesse Terrell Harris and the late Mrs. Elma Patterson Harris. She was a member of the Villa Rica Christian Church and attended The OutPost Church in Lithia Springs. She retired as a customer service representative with AT&T. In addition to her parents, she was preceded in death by her brother. J.T. Harris and sister, Wynona Payton; and one niece and one nephew. She is survived by five sisters, Johnnie Baldwin and Francine Bundrum both of Douglasville, June Strobino and Violette Denney both of Carrollton, and Glenda Middleton of Suwanee; two brothers, Dennis Harris of Union City and Conner Harris of King, NC; three nieces; fourteen nephews; and several great-nieces and great-nephews. Visitation will be at the Villa Rica Christian Church Thursday, April 2, 2015 from 2:00 PM until 3:00 PM. Memorial Services will be conducted Thursday, April 2, 2015 at 3:00 PM at the Villa Rica Christian Church, 497 Villa Trace, Villa Rica, Georgia with Minister Dennis Harris and Minister Richard Vartenisian officiating. A fellowship meal will be after the service in the church fellowship hall. Inurnment will be Friday, April 3, 2015 at 1:00 PM at Carroll Memory Gardens in Carrollton. Messages of condolence to the family may be sent at www.jones-wynn.com. Jones-Wynn Funeral Home and Crematory of Douglasville is in charge of arrangements. 770-942-2311

Honor the life of Julia Rose

Please share a condolence, photo or memory of Julia. We welcome all condolences that are positive and uplifting that will help family and friends heal.