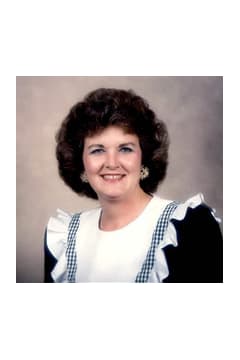 Mrs. Juanita Gilbert Iannarelli, 63, of Lyerly, Georgia formerly of Douglasville, Georgia passed away November 27, 2017. She was born June 2, 1954 in Fort Chaffee, Arkansas the daughter of the late Mr. Willis Gilbert and the late Mrs. Rebecca Estell âBeckyâ Wilson Gilbert. She worked as a Medical Staff Coordinator at Wellstar Douglas Hospital for many years. She was an avid gardener. She is survived by her husband, Mark Iannarelli of Lyerly; daughter and son-in-law, Kimberly and Merritt Schatz of Douglasville; son, William âBillyâ Driskell of Douglasville; two sisters and a brother-in-law, Linda and Robert Jolly of Douglasville and Connie Klingensmith of Douglasville; two brothers and sisters-in-law, Merritt and Barbara Gilbert of Winston and Charles âChuckâ and Lisa Gilbert of Douglasville; three grandchildren, Christopher Blake Schatz, Bradly Cole Driskell, and Nathan Clay Driskell; several nieces and nephews. The family will receive friends at Jones-Wynn Funeral Home in Douglasville, Wednesday, December 6, 2017 from 12:00 PM until 1:00 PM. Memorial Services will be conducted Wednesday, December 6, 2017 at 1:00 PM at the Chapel of Jones-Wynn Funeral Home in Douglasville with Pastor David Gilbert officiating. After the memorial service, the family will receive friends at the American Legion Post 145, 6449 W. Bankhead Highway, Douglasville, GA 30134, beginning at 3:00 PM. In lieu of flowers contributions in her memory may be made to the Wounded Warrior Project, Post Office Box 758517, Topeka, KS 66675. Messages of condolence to the family may be sent at www.jones-wynn.com. Jones-Wynn Funeral Home and Crematory of Douglasville is in charge of arrangements. 770-942-2311

Honor the life of Juanita Iannarelli

Please share a condolence, photo or memory of Juanita. We welcome all condolences that are positive and uplifting that will help family and friends heal.