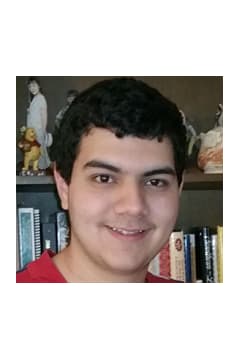 Mr. Joshua Roen Torres, age 22, of Villa Rica, passed away Wednesday, November 11, 2015. He was born April 26, 1993 in Austell the son of Mr. Roel Ivan Torres and Mrs. Karen Marie Carr Torres. Joshua attended college at the University of West Georgia. He loved philosophy, gaming and music. He was quick witted and loved his family. He was preceded in death by his brother, Jonah Michael Torres. He is survived by his father and mother, Roel and Karen Torres of Villa Rica; grandmother, Geneva âGranâ Carr of Douglasville; Uncle, Richard Luna of Ft. Worth, TX; Aunt, Kathy Sheriff of Powder Springs; several cousins, Julie and Chris and children, Brandley and Ethan, Katherine, Stephanie and Marc and children, Wyatt and Tegan, Richard and Kristen, Kimberly and Brian, Britt and numerous family members in Texas. The family will receive friends at Jones-Wynn Funeral Home in Villa Rica, Sunday, November 15, 2015 from 5:00 PM until 7:00 PM and Monday, November 15, 2015 from 1:00 PM until 3:00 PM. Funeral Services will be conducted Monday, November 16, 2015 at 3:00 PM from the chapel of Jones-Wynn Funeral Home with Dr. John Pennington Mr. Robert Rutherford officiating. Messages of condolence may be sent to the family at www.jones-wynn.com. Jones-Wynn Funeral Home, Inc. and Cremation Services of Villa Rica in charge of arrangements. 770-459-3694

Honor the life of Joshua Torres

Please share a condolence, photo or memory of Joshua. We welcome all condolences that are positive and uplifting that will help family and friends heal.