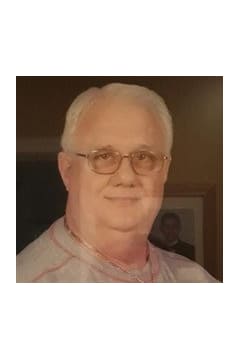 Mr. Joseph Wayne Osborne, age 75 Douglasville, passed away Tuesday, February 26, 2019. He was born December 14, 1943, the son of the late Mr. William Paul Osborne and Mrs. Opal Gemay Parson. He worked for Overnite Transportation/UPS as a Long-haul Driver for 30 plus years. He loved to organize things, enjoyed collecting coins and guns. He loved his Georgia Bulldog, Barney Rostie Osborne, also going out to eat with family. In addition to his parents he is preceded in death by grandsons, Trey and Justin Osborne; brother, Donald Rostie Osborne.He is survived by his daughter and son-in-law, Carla and Charles Sexton of Douglasville; son and daughter-in-law, Terry and May Osborne of Douglasville; sister, Vonda Cole -Rusterucci of Dallas; brothers and sisters-in-law, Raymond and Nancy Osborne of Dallas, William and Angeline Osborne of Carrollton; four grandchildren, Janet, Daniel, David, and Summer; two great grandchildren, Layne and Paisley; several nieces and nephews also survive. The family will receive friends at Jones-Wynn Funeral Home of Douglasville Friday, March 1, 2019 from 5:00 PM until 8:00 PM. Funeral Services will be conducted Saturday, March 2, 2019 at 2:00 PM from The Chapel of Jones-Wynn Funeral Home of Douglasville with Mr. Hubert F. Tyson officiating. Interment will follow at Sunrise Memorial GardensMessages of condolences may be sent to the family at www.jones-wynn.com. Jones-Wynn Funeral Home of Douglasville is in charge of arrangements. 770-942-2311

Honor the life of Joseph Osborne

Please share a condolence, photo or memory of Joseph. We welcome all condolences that are positive and uplifting that will help family and friends heal.