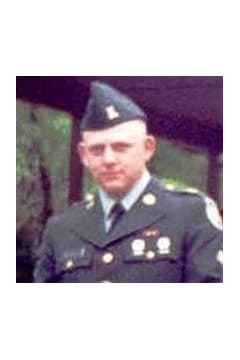 Erich MayfieldMr. Jonathan Erich Mayfield, 41, of Carrollton, Georgia passed away Sunday, March 26, 2017. Jonathan was better known by his parents as Erich, was born February 12, 1976 in Atlanta, the son of Envard Mayfield and Nancy Hembree Mayfield. He worked as a machinist at Applied Technical Services in Marietta and was a member of Flat Rock Baptist Church in Villa Rica. Jonathan was a wonderful son, father and loving husband. He loved the Lord and his church. Jonathan was a Calvary Scout in the Army National Guard for eleven years. He loved his country and was greatly disappointed when he couldnât go with his unit to Iraq due to a shoulder injury obtained during a training mission. Jonathan was very close to obtaining his degree as a chaplain with a minor in counseling from Liberty University. He was preceded in death by his paternal grandparents, Ed and Frances Mayfield and maternal grandparents, Guy and Reba Hembree. He is survived by his children, December Ivey and Joshua Ivey; grandson, Layne Ivey; his parents, Envard and Nancy Hembree Mayfield of Buchanan; his sister and brother-in-law, Heather and Kevin George of Villa Rica; his niece, Marissa George and nephew, Brent Watkins; aunts and uncles, Dan and Trini Hembree, Kathryn Gentry, and William and Dale Mayfield; numerous cousins and extended family. The family will receive friends at Jones-Wynn Funeral Home in Villa Rica, Thursday, March 30, 2017 from 6:00 PM until 8:00 PM and Friday, March 31, 2017 from 12:00 PM until 2:00 PM. Funeral Services will be conducted Friday, March 31, 2017 at 2:00 PM at the Chapel of Jones-Wynn Funeral Home in Villa Rica with Dr. Jerry Brown, Rev. Chad Eason, and Rev. Mason Bush officiating. In accordance to his wishes, his body will be cremated following the funeral service. Messages of condolence to the family may be sent at www.jones-wynn.com. Jones-Wynn Funeral Home and Cremation Services of Villa Rica is in charge of arrangements. 770-459-3694

Honor the life of Jonathan Mayfield

Please share a condolence, photo or memory of Jonathan. We welcome all condolences that are positive and uplifting that will help family and friends heal.