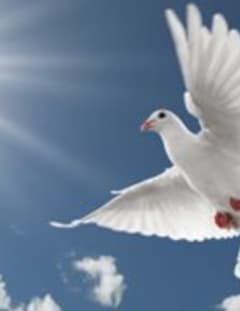 Mr. John âJohnnyâ Barry Waddell, age 52, of Bremen passed away Wednesday, April 25, 2012 at his residence after an extended illness. He was born October 26, 1959 in Villa Rica the son of the late Mr. William âBillyâ Jackson Waddell and the late Mrs. Shirley Cumbie Waddell Scott. He retired from Wal-Mart after many years of service. He was of the Baptist Faith. He is survived by his daughter, Nikki Waddell of Villa Rica; sons and daughters-in-law, Caleb and Kim Waddell of Wedowee, Alabama, Jeremy and Jessica Fisher of Temple; sister and brother-in-law, Donna and Randy Perren of Dallas; brothers and sister-in-law, Kenneth and Renee Waddell of Temple, Mitchell Waddell of Bremen; four grandchildren. Several aunts, uncles, nieces, nephews and cousins also survive. According to Mr. Waddellâs wishes he was cremated. Graveside Memorial Services will be conducted Saturday, April 28, 2012 at 11:00 AM from the New Brooklyn Cemetery in Temple with Pastor Harry officiating. In lieu of flowers the family ask that donations be made to the American Cancer Society, 1825 Barrett Lakes Blvd, Ste 280, Kennesaw, Georgia 30144. Messages of condolence may be sent to the family from www.jones-wynn.com. Jones-Wynn Funeral Home, Inc., Cremation Services and Memorial Gardens of Villa Rica in charge of arrangements. 770-459-3694

Honor the life of John”Johnny” Waddell

Please share a condolence, photo or memory of John”Johnny”. We welcome all condolences that are positive and uplifting that will help family and friends heal.