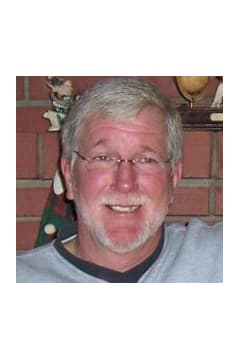 Mr. John Michael âMikeâ Van Orden, age 56, of Temple, passed away Tuesday, December 13, 2011 at Wellstar Douglas Hospital in Douglasville. He was born March 22, 1955 in Pompton Plains, N.J., the son of the late Mr. Ernest Leo Van Orden and the late Mrs. Clara Beatrice Sullins Taylor. He worked for Coca Cola Refreshments. He loved boating, motorcycle riding, fishing, camping, and hunting. He was a member of the Beulah Baptist Faith Riders. He was an avid sportsman and outdoorsman. Mr. Van Orden loved his family most of all. In addition to his parents he is preceded in death by his brother, Ernest Lee Van Orden. He is survived by his wife, Marcia Burns Van Orden of Temple; daughters and son-in-law, Meredith Acree of Temple, Kelly Van Orden of Douglasville, Lesley and Michael Dempsey of Temple, Jamie Waddell of Temple; brother and sister-in-law, Carl and Linda Van Orden of Aragon; twelve grandchildren. Several nieces and nephews also survive. The family will receive friends Thursday, December 15, 2011 from 7:00 PM until 9:00 PM and Friday, December 16, 2011 from 7:00 PM until 9:00 PM at Jones-Wynn Funeral Home in Douglasville. Funeral Service will be conducted Saturday, December 17, 2011 at 11:00 AM from Jones-Wynn Funeral Home in Douglasville with Dr. Wayne Bray officiating. Interment will follow in Meadowbrook Memory Gardens in Villa Rica. Messages of condolence may be sent to the family from www.jones-wynn.com. Jones-Wynn Funeral Home, Inc., Cremation Services and Memorial Gardens in Douglasville in charge of arrangements. 770-942-2311

Honor the life of John VanOrden