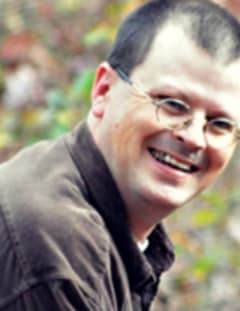 Mr. John Kenneth Skoczylas, 45, of Villa Rica, Georgia passed away Monday, February 6, 2017. He was born May 18, 1971 in Seneca, South Carolina, the son of the late Mrs. Karen Jean Duncan Skoczylas and Mr. Kenneth John Skoczylas. He worked as an automobile mechanic for several years, most recently at John Thornton Chevrolet. A devoted husband and father, he enjoyed golfing with his daughters and playing video games with his son. He enjoyed smoking cigars with his father. He was preceded in death by his beloved mother, Karen Jean Duncan Skoczylas on June 5, 2016. He is survived by his wife of 16 years, Christy Marie Strickland Skoczylas of Villa Rica; two daughters, Aishlyn Skoczylas and Elizabeth Skoczylas both of Villa Rica; son, Isac Skoczylas of Villa Rica; father, Kenneth John Skoczylas of Douglasville; brother, Jason Skoczylas of Douglasville. The family will receive friends at Jones-Wynn Funeral Home in Douglasville, Sunday, February 12, 2017 from 4:00 PM until 8:00 PM. Funeral Services will be conducted Monday, February 13, 2017 at 2:00 PM at the Chapel of Jones-Wynn Funeral Home in Douglasville with Pastor Jim Grieme officiating. Interment will follow at Mozley Memorial Gardens in Lithia Springs. Messages of condolence to the family may be sent at www.jones-wynn.com. Jones-Wynn Funeral Home & Crematory of Douglasville is in charge of arrangements. 770-942-2311

Honor the life of John Skoczylas