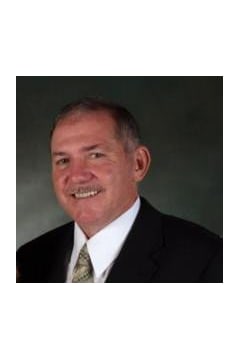 Mr. John Wayne Moody, age 64, of Douglasville passed away Friday, June 15, 2012. He was born October 8, 1947 in Atlanta the son of the late Mr. Charles Milton Moody and the late Mrs. Ola Mae Wheeler Moody. He worked as an operations foreman for Atlanta Gas Light for 36 years. Mr. Moody served in the U.S. Marine Corps including a tour in Vietnam. He was a member of Union Grove Christian Church where he served as an Elder and was a Sunday School teacher. Mr. Moody met the former Judy Sticher while on leave from the U.S. Marine Corps. After service in Vietnam, they were married in 1970. As a father, he coached both son and daughter in a variety of sports. Helping his kids in competition, he was âalways silent and so noticed at the same time.â At Atlanta Gas light Mr. Moody was known as a hard worker with a great ability to solve problems. John had great interests throughout life including dove hunting, fishing, golf and biking. His Christian beliefs carried over at work, home, and all other areas of his life. He is survived by his wife, Judy Sticher Moody of Douglasville; daughter and son-in-law, Heather and Ron Almond of Douglasville; son, Jeremy Wayne Moody of Woodstock; sisters Ruby Saggus of Ellenwood, Janet Jenkins of Tyrone; brother Ronnie Moody of Fairburn; one grandchild, Emma Almond. Several nieces and nephews also survive. The family will receive friends at Jones-Wynn Funeral Home in Douglasville, Monday, June 18, 2012 from 5:00 PM until 8:00 PM. Memorial Services will be conducted Tuesday, June 19, 2012 at 4:00 PM from Union Grove Christian Church with Minister Mike Mallory officiating. Inurnment will follow in the Union Grove Cemetery with the United State Marine Corps Military Honor Guard. For those desiring in lieu of flowers contributions may be made to Childrenâs Brain Injury Association, Inc., 40 Garmon Road, Hiram, Georgia 30134 or Union Grove Christian Church, 6604 Post Road, Douglasville, Georgia 30135. Messages of condolence may be sent to the family at www.jones-wynn.com. Jones-Wynn Funeral Home, Inc., Cremation Services and Memorial Gardens of Douglasville in charge of arrangements. 770-942-2311

Honor the life of John Moody