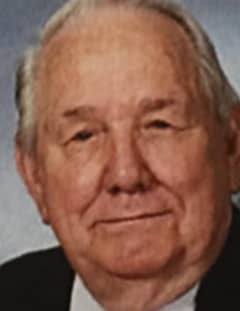 Mr. Job Wilmer âJobyâ Clinner, 83 of Douglasville, GA passed away, Saturday, January 9, 2016 at Tranquility Hospice in Austell. He was born June 27, 1932 in Coalena, AL the son of the late Dalton J. Clinner and the late Mrs. Martha Lenora Vernon Clinner. He was a veteran of the US Army having served during the Korean Conflict. He was a member of the Liberty Baptist Church in Douglasville. He loved riding motorcycles and four-wheelers. He enjoyed woodworking and building wood models and gardening. He also loved to travel in his motorhome and restored antique vehicles. In addition to his parents he was preceded in death by brother, James Clinner and sister, Juanita Fancher. Survivors include wife wife, Jean Isom Clinner of Douglasville, daughter and son-in-law, Lori Ann and Scott Camp of Winston, son and daughter-in-law, Joby Keith and Priscilla Clinner of Lebanon, TN, 5 grandchildren, Amanda Camp, Emily and Jesse Lambie, Joby Alex Clinner, Crystal Clinner and Joby Logan Clinner, 2 great grandchildren also survive. The family will receive friends at Jones-Wynn Funeral Home and Crematory, Sunday, January 10, 2016 from 5:00 PM until 8:00 PM. Funeral services will be conducted, Monday, January 11, 2016 at 2:00 PM from the Chapel of Jones-Wynn Funeral Home and Crematory with Rev. Terry Marbut officiating. Interment will follow in the Sunrise Memorial Gardens. Messages of condolences may be sent to the family at www.joneswynn.com Jones-Wynn Funeral Home and Crematory of Douglasville is in charge of arrangements.

Honor the life of Job Clinner

Please share a condolence, photo or memory of Job. We welcome all condolences that are positive and uplifting that will help family and friends heal.