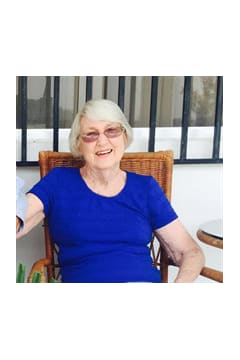 Mrs. Joan Marilyn Costlow Tyson, age 79, of Villa Rica, passed away Saturday, September 3, 2016. She was born September 6, 1936 in Taylorsville, the daughter of the late Mr. Henry Ruffin Costlow and the late Mrs. Mamie I.V. Barnett Costlow. She was a wonderful mother and grandmother, who was the heart of the family. Mrs. Tyson was a selfless person, putting others before herself. She was someone you could truly admire and model your life after. Mrs. Tysonâs heart was touched for missions at the age of 12. She had a heart for Godâs work and her love for family was indescribable. In 1964 her and husband Bob, were called to ministry of Missions. Mrs. Tyson dedicated her life to people of Honduras and Nicaragua. In 1973 they founded Good Samaritan Baptist Mission; five Christian Schools in Honduras and Nicaragua, with over 1800 children; nine radio stations, reaching millions in seven countries; thirty one feeding centers, feeding over 3000 children a day; 238 churches, with their National Pastors in five countries; Bible Schools, training national pastors to preach Godâs word; Elderly Center, feeding 60 elderly of Honduras daily. She impacted many through the years through Central America and stills continue to impact people today.In addition to her parents, she was preceded in death by her husband, Bob Ray Tyson; brothers, Harvey Costlow, T. W. Costlow and Glenn Ira Costlow, Sr. She is survived by her two sons and daughter-in-law, Philip and Olga Tyson of Villa Rica, Steve Tyson of Villa Rica; five grandchildren, Stephany, Philip, Jr. , Michael, Ashley, Brianna and Brandon; several nieces, nephews, and sisters-in-law also survive. The family will receive friends at Jones-Wynn Funeral Home in Villa Rica, Tuesday, September 6, 2016 from 4:00 PM until 8:00 PM. Mrs. Tyson will lie in state from 9:30 AM until 10:30 AM at Glen Haven Baptist Church in McDonough. Funeral Services will be conducted Wednesday, September 7, 2016 at 11:00 AM from Glen Haven Baptist Church in McDonough with Brother Stan Berrong, Brother Randy Bell and Brother Ralph Easterwood officiating. Interment will follow at Meadowbrook Memory Gardens. In lieu of flowers the family asks that contributions to be made to Good Samaritan Baptist Mission, Post Office Box 430, Villa Rica, Georgia 30180. Messages of condolence may be sent to the family at www.jones-wynn.com. Jones-Wynn Funeral Home, Inc. and Cremation Services of Villa Rica in charge of arrangements. 770-459-3694

Please share a condolence, photo or memory of Joan Marilyn. We welcome all condolences that are positive and uplifting that will help family and friends heal.