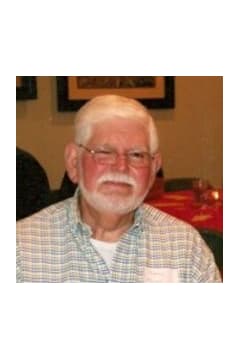 Mr. James Lamar âJimmyâ Flowers, age 78, of Douglasville, Georgia passed away Thursday, February 28, 2013 at his home following an extended illness. He was born May 3, 1934 in Dekalb County, Georgia the son of the late Mr. David Otis Flowers and the late Mrs. Esma Brown Flowers. He was a veteran of the U.S. Navy. He retired from the construction industry having worked as Mr. Fix-It since 1969. He was a fun loving man that was devoted to his family. In addition to his parents, he was preceded in death by his first wife, Freddie Yancey Flowers and an infant daughter. He is survived by his wife, Patricia Stephens Flowers of Douglasville; his son, Barry Flowers of Douglasville; two daughters by marriage, Lora Davis of Douglasville and Lynn Falkner of Villa Rica; sisters and brother-in-law, Martha Lynn and Gene Lee of Sharpsburg, Mary Ann Richardson of Carrollton, and Renee Shadix of Douglasville; five grandchildren and their spouses, SPC Allen and Ansley Blankinship of Alaska, Ashley and Michael Martin of Douglasville, Stephanie Falkner of Winston, Victoria Falkner of Villa Rica, and Mitchell Falkner of Winston; several nieces, nephews, and cousins also survive. The family will receive friends at Jones-Wynn Funeral Home, Douglas Chapel, Sunday, March 3, 2013 from 1:00 PM until 2:00 PM. Memorial Services will be conducted Sunday, March 3, 2013 at 2:00 PM from the Chapel of Jones-Wynn Funeral Home in Douglasville with Rev. Johnny White, Dr. Jeffery Frenchman and Mr. Pete Smith officiating. Messages of condolence may be sent to the family at www.jones-wynn.com. Jones-Wynn Funeral Home and Crematory, Inc. of Douglasville is in charge of arrangements. 770-942-2311

Honor the life of Jimmy Flowers

Please share a condolence, photo or memory of Jimmy. We welcome all condolences that are positive and uplifting that will help family and friends heal.