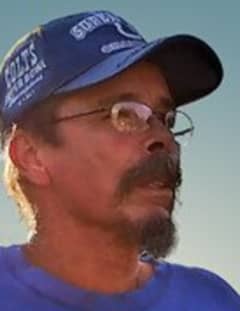 Jeffery Andrew Klipp, age 57, of Temple, GA. passed away Monday February 25, 2019 at Piedmont Atlanta Hospital in Atlanta, Georgia. He is survived by his wife of 25 years Christina (Moreland) Klipp. In addition, he is survived by one daughter Jennifer L. (Wilcox) Tilley and her husband Joshua L. Tilley of Mt. Zion, GA;, three sons Thomas J. Wilcox of Temple, GA; Joshua A. Baker of San Antonio, Texas and Dustin M. Baker of Austin, Texas; Three grandchildren Colton F. Albright, Derek D. Baker and Landon L. Tilley; and of course, his furry four-legged friends Lucky, Jeb, a gift from his late sister, Pepeâ and Bella. He was a loving brother to the late Leigh Ann and Scott Johnston of Gainesville, GA. Kathy L. Harris of Laurel, MD; Stacey M. and W. Brice Foxwell of Westminster, MD and Terrence C. Sharrer of Idaho. He was also a fun loving Uncle to numerous Nephews and Nieces.Mr. Klipp was born April 16, 1961 in Frederick, MD to the late Robert G. Klipp and Sandra D. (Michael) and the late Victor Sharrer of Eden, UT. For part of his life, he was raised by his paternal grandmother, the late Helen L. (Fogle) Klipp along with his maternal grandparents, the late Robert W. and the late Mildred C. (Hott) Michael. He graduated from Shepherd High School in Shepherd, Montana before entering the United States Marine Corps in 1980. He was stationed in Camp Lejeune, NC. He was later deployed to Okinawa, Japan and earned the Rifle Expert Badge and the Sea Service Deployment Ribbon during his four years of service.After the Marine Corps, Mr. Klipp became a plumber by trade and was an over the road trucker in his later years. He was a fan of AC/DC, the Baltimore and the Indianapolis Colts, the Baltimore Orioles, Rusty Wallace and Matt Kenseth. He loved sports and movie trivia but he could also be found fishing any time he found a body of water to drop a line in or a net to scoop up some Maryland blue crabs.The family will receive friends at Jones-Wynn Funeral Home in Villa Rica, Saturday, March 9, 2019 from 10:00 AM until 11:00 AM. A memorial service to celebrate his life will be conducted Saturday, March 9, 2019 at 11:00 AM from the Chapel of Jones-Wynn Funeral Home in Villa Rica. Donations can be made in memory of Jeffery Klippâs wild and crazy life to the American Legion Post 70, 120 Legion Lake Circle, Villa Rica, GA 30180. Messages of condolence may be sent to the family at www.jones-wynn.com. Jones-Wynn Funeral Home, Inc. and Cremation Services of Villa Rica in charge of arrangements. 770-459-3694

Honor the life of Jeffery Klipp

Please share a condolence, photo or memory of Jeffery. We welcome all condolences that are positive and uplifting that will help family and friends heal.