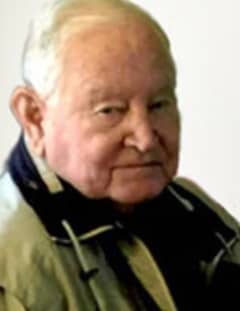 Mr. Jefferson (Buck) Lee Wallace, age 83, of Wedowee, Alabama passed away Sunday, August 21, 2016. He was born September 12, 1932 in Lithia Springs, Georgia, the son of the late Mr. Lee H. Wallace and the late Mrs. Ethel Obolia Taylor Wallace. He was preceded in death by his wife of 60 years, Geraldine Wallace and his grandson, Corey McWhorter; brother, Ralph Wallace. While he has spent the last 16 years in Wedowee, he was a native of Douglas County for 67 years, where he and his wife raised their family. All those who knew him, knows that he was never without a word of kindness and good conversation. He never forgot a face nor a name. Buck was known for knowing someone no matter where he went. He was just that kind of person who once he met you, you were a friend. He spent the early years working with Mayfield Trucking and Brown Transport. He later owned and operated Wallace Grading until retiring to Wedowee, Alabama. Baptist by Faith, he was devoted to the Lord, and he served as a Deacon for many years. He was always busy within the church whether it be in Bus Ministry or helping with the grounds. His membership is with Union Baptist Church in Alabama. Buck loved and was proud of his family. He is survived by his sons and daughters-in-law, Randy and Sheila Wallace of Villa Rica, Scott and Deborah Wallace of Winston; daughter and son-in-law, Donna and Lamar Smith of Douglasville; His grandchildren who loves their PawPaw, Christy Kinney, Alicia Williams, Shauna Mimbs, Stephanie Cantrell, and Randa Hutchins and their spouses; He would always say, how blessed he was to see his 13 great-grandchildren. He was the oldest brother to his five siblings, Jeannie Kate Malcolm of Wedowee, AL, Roy Wallace of Douglasville, Howard Wallace of Douglasville and Richard Wallace of Alabama. He was brother-in-law to Wynelle Hester and Herbert Loner of Douglasville. Many nieces and nephews who loved their Uncle Buck and he loved them. The family will receive friends at Jones-Wynn Funeral Home in Douglasville, Wednesday, August 24, 2016 from 5:00 PM until 8:00 PM. Funeral Services will be conducted Thursday, August 25, 2016 at 11:00 AM at the Chapel of Jones-Wynn Funeral Home in Douglasville with Rev. Ed Halsey and Rev Stephen Williams officiating. Interment will follow at Sunrise Memorial Gardens in Douglasville. Messages of condolence to the family may be sent at www.jones-wynn.com. Jones-Wynn Funeral Home & Crematory of Douglasville is in charge of arrangements. 770-942-2311

Honor the life of Jefferson Wallace

Please share a condolence, photo or memory of Jefferson. We welcome all condolences that are positive and uplifting that will help family and friends heal.