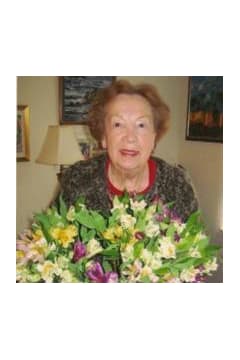 Mrs. Jeannine Celton was born in La Rochelle, France to Francoise and Thomas Celton on December 8. 1932. She spent her childhood years in La Rochelle and endured the Nazi occupation of France as a young child, losing her home to bombing and having little to eat other than soup. As a student, she was intelligent and completed her studies, earning the equivalent of a college education. She met and married a United States Army Soldier in the 1950âs and began building her family. In 1959, the Army transferred him to Georgia, and she followed with two young children, Philippe and Veronica. Then a third child, Thomas, was born. One year later, another transfer was made to Panama Canal Zone, and that brought about two more children-Albert and JoAnn. In 1964, a final move returned the family to Georgia where she and her children remained for several years. During all of these years, Jeannine learned to speak fluent English and became an accountant for the Federal Government. She was a member of the NCO Wives Club and held various offices in support of the championship a soldierâs wife needed during the Vietnam era. They worked tirelessly to support local charities through bingo games and clothing collections. Jeannine was always giving and looking for ways to help those less fortunate. A divorce in 1969 left as a single mother raising 5 children. She worked long hours and provided a loving and warm home for all them. Early in 1970, Jeannine met Robert âBobâ Hamilton Steele, Jr. and a deep, life-long romance began. Each of them was the soul mate and true love of the other. They married on May 7, 1970. Bob quickly became a dad for all the children, and loved them as his own. Jeannine and Bob also decided that they would like to have a child together as well, and in August 1971, William âBillyâ, was born. Bobâs 4 children were also part of the extended family, with 2 spending their summers with the family each year. For 35 years they made a life together. They danced as often as possible, travelled to France to visit family and friends, took the children for vacations on Lake Allatoona staying in cabins and taking boat rides. They made many friends together, engaging in weekly home poker games, pot luck dinners and just enjoying a simple life together. Jeannine continued to work for the Federal Government in Accounting, and achieved management positions. She enjoyed a wonderful life, filled with close friends and a loving husband, and keeping her children always close to her heart. Over the years, 10 grandchildren were born, and 10 great-grandchildren also joined the family. In May 2005, while vacationing in France, Bob passed away suddenly. This immediate loss was devastating to her. She took car of his final needs and then, as people who lose those closest to them often do, âlost her wayâ in knowing what to do next without him. Ultimately she moved to Edmonds, Washington to be near the support of 2 of her children. While in Edmonds, she began to make many new friends and rebuild her life. She brought laughter, friendship, tears, hugs, compassion, and charity to those she came in contact with and also received the same in return. A new community of friends was building, which included weekly (or more often) poker games, card games, bingo, charity, weekly girls out luncheons, trips to the casino, Halloween costume parties, pot-luck dinners, renewed church memberships, and just everyday friendly conversation as often as possible. She became a member of St. Thomas More and took annual trips to visit family and friends in Ohio, Georgia and France. She passed away peacefully on the morning of September 1, 2012. We have cherished Jeannine and the joy she has brought to our lives through her compassion, smile, loving ways and presence. She will be deeply missed by family and friends alike, here in the states and her home country of France. Her favorite symbol was an angel, and now we all share her as an angel who continues to watch over us and comfort through the memories we have. The family will receive friends from Jones-Wynn Funeral Home in Douglasville, Sunday, September 23, 2012 from 10:00 AM until 11:00 AM. Memorial Services will be conducted Sunday, September 23, 2012 at 11:00 AM from the chapel of Jones-Wynn Funeral Home with Tim Stephens officiating. Messages of condolence may be sent to the family at www.jones-wynn.com. Jones-Wynn Funeral Home, Inc., Cremation Services and Memorial Gardens of Douglasville in charge of arrangements. 770-942-2311

Honor the life of Jeannine Steele

Please share a condolence, photo or memory of Jeannine. We welcome all condolences that are positive and uplifting that will help family and friends heal.