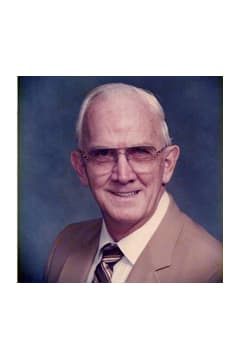 Mr. Jay Lubert Newman, age 82, of Douglasville, Georgia passed away Tuesday, September 30, 2014. He was born April 27, 1932 in Whitesburg, Georgia, the son of the late Mr. Lloyd Newman and the late Mrs. Eura Eason Newman. He was married to Barbara McGinnis Newman on June 26, 1953 in Atlanta, Georgia. Mr. Newman is a Veteran and served for the United States Navy. He was a Georgia Tech graduate and was one of their biggest fans. He worked for Mead Packaging as a Laser Die-Cutting Supervisor in the packaging industry, and served as safety coordinator at the Mead plant for several years, in that time patenting the J-Plate. He was a Deacon at Orange Hill Baptist Church, where he also operated the sound system for many years. Mr. Newman loved golf, played semi-pro baseball and loved coaching football and baseball, as he did for many years. He was preceded in death by his daughter, Carol Wehunt; brothers, Edward Newman, Howard Newman, Lawrence Newman, and Bobby Newman; sister, Triva Patton. He is survived by his wife, Barbara McGinnis Newman of Douglasville; daughter and son-in-law, Claudia and Darren Buran of Douglasville; son and daughter-in-law, Jay and Janet Newman of Whitesburg; grandchildren, Jessica Howard, Kelly Jones, Cody McNair, Katie Anderson, Abbey Wehunt; great-grandchildren, Andrew Allen, Lindsey Allen, Addie Grace Howard, Jaylon Jones and Grant Jones. Several nieces and nephews also survive. The family will receive friends at Jones-Wynn Funeral Home in Douglasville Thursday, October 2, 2014 from 5:00 PM until 8:00 PM. Funeral Services will be conducted Friday, October 3, 2014 at 11:00 AM from the chapel of Jones-Wynn Funeral Home. Interment will follow at Westview Cemetery.

Honor the life of Jay Newman

Please share a condolence, photo or memory of Jay. We welcome all condolences that are positive and uplifting that will help family and friends heal.